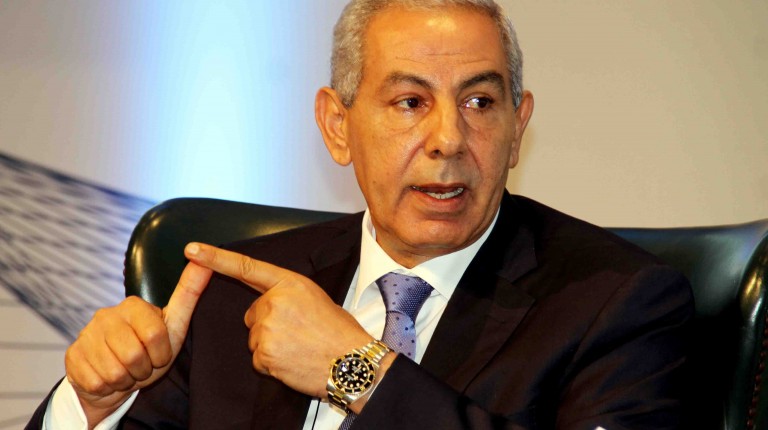 The Minister of Trade and Industry, Tarek Kabil, will be opening the third session of the China-Arab States Exposition on Wednesday Morning on behalf of President Abdel Fattah Al-Sisi. The exposition is held under the motto “Friendship, Cooperation and Development” this year and is taking place in the Chinese city of Yinchuan in the district of Ningxia. Egypt will be the exposition’s guest of honour this year.

The Trade Minister—who was part of the official delegation accompanying President Al-Sisi in the meetings of the BRICS summit over the past two days – is expected to make a speech on the occasion of the China-Arab States Expo opening as well as opening the Egyptian cultural tourist exposition in the Chinese city of Yinchuan in the presence of a number of officials.

Kabil is also expected to take part in the forum of China and Arab Countries for Automotive Sector Cooperation which will discuss the policies adopted in some Arab countries in terms of manufacturing cars and ways in which these countries can benefit from the Chinese experience to develop this vital industry.

A meeting will be held between Kabil and several officials from the Chinese government in order to look into ways of enhancing economic and trade cooperation between Egypt and China. Kabil will be meeting with the Chinese Vice Minister of Trade, Qian Keming, in order to discuss reinforcing the trade between both countries.

Kabil will also be meeting Xian Hui, the governor of Ningxia, to discuss increasing trade flow with the area.

Kabil, in the company of Sahar Nasr, will take part in the second ministerial meeting to increase production capacities between Egypt and China. The meeting will be arranged by the committee of reform and development in Beijing.

President Al-Sisi’s visit to China is expected to include signing a number of agreements with China during the 9th annual BRICS summit.

The volume of trade exchanges between both Egypt and China reached $5.178bn during the period from January to June 2017.

FAW to set up factory to produce, assemble transport vehicles, minibuses in 10th of Ramadan

Egypt`s exports to the European Union in 6 months are $3bn and $73 m: Tarek Kabil