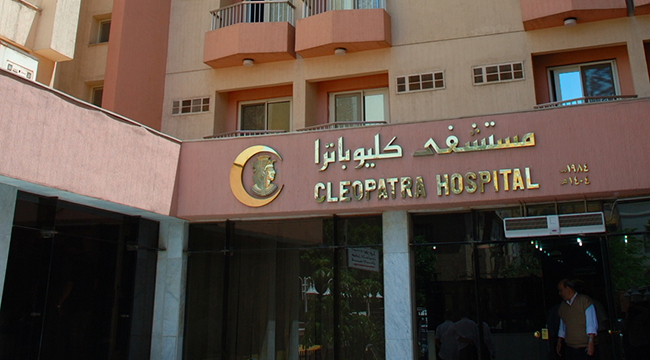 Cleopatra Hospital Group S.A.E., one of Egypt’s largest private hospital groups in terms of the number of hospital beds, reported Tuesday in its consolidated results for the quarter ending 30 June 2017 that it was able to achieve 29% year-on-year (y-o-y) growth in its revenues, estimated at EGP 261.8m.

The strong growth in revenues came despite the seasonally weaker month of Ramadan falling mainly in June (vs. July in 2016). The improved cost efficiency and higher interest income were the main drivers of the group’s net income, taking it up by 184% to EGP 23.6m, yielding a five-percentage point increase in the net profit margin to reach 9%.

The group’s improved performance during the quarter came as a result of patients’ confidence in the superior quality of service they received. This helped customers rapidly adapt to the group’s new pricing, according to a press release issued by the group.

The largest contributor to group’s revenues in the second half (H2) of 2017 was Cleopatra Hospital, estimated at EGP 115.1m, representing 44% of the total revenues, followed by Cairo Specialised Hospital, Nile Badrawi Hospital, and Al Shorouk Hospital, which accounted for 22%, 17%, and 17% of total revenus respectively.