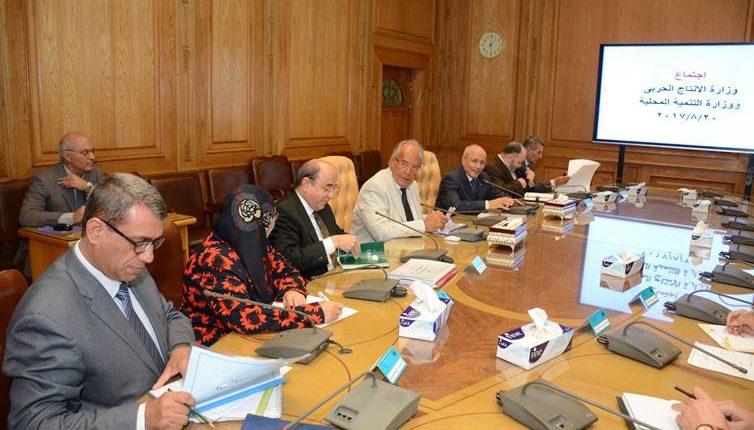 The meeting reviewed the technological and human potential of the companies affiliated with the Ministry of Military Production and means to enhance joint cooperation.

The meeting also tackled cooperation between the two ministries in terms of the development of 4,700 villages. El-Sharif stressed his keenness to cooperate with the Ministry of Military Production to encourage the national industry.

“We want these villages to become productive using the expertise and local capabilities of each village,” said El-Sharif.

During the meeting, El-Sharif presented an industrial complex model consisting of 70 factories in Kom Oshim, whose production can be exported abroad for about EGP 220m annually.

The ministry also offered to establish small workshops, such as car repair workshops, electric generators, household appliance maintenance, bakeries, and waste recycling systems in different governorates, benefiting from the ministry’s expertise. During the meeting, they agreed to establish a large forum to present the concept of a productive and exporting village, and the projects to be implemented by the military production ministry, provided that investors and related parties will be invited to this forum.