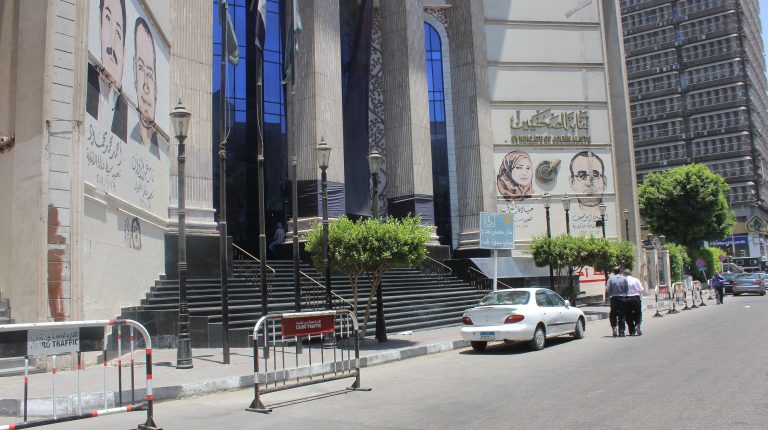 The Supreme Judicial Council filed a report to the prosecutor-general against three news websites accusing them of publishing false information about the judiciary, state-media reported Sunday.

The report demanded that those responsible for the incident be investigated. The three news outlets in question are Al-Mesreyoon website, also a weekly published newspaper, Al-Omah news website and Al-Eqtisady website, the latter which had published Al-Mesreyoon’s story.

The reported articles were published on 29 July and were covering a judicial issue related to the impacts of the recently passed Judicial Authority Law, which had raised objections from judges and resulted in new procedures in the latest appointments of the heads of courts and judicial bodies.

The three stories reported judges rejecting appointments made by the president of the country, filing lawsuits challenging the decisions, internal disputes among judges.

More importantly, Al-Mesreyoon quoted unnamed sources stating that the Supreme Judicial Council was going to implement salary increases for judges, suggesting that the presidency had approved that in an attempt to appease tensions, which followed the passing of the law and that the raises came despite objections from the Finance Ministry for the lack of budget.

Al-Mesreyoon, of which the website is among a hundred blocked websites in Egypt, has previously faced censorship on several instances for articles criticising President Abdel Fattah Al-Sisi.

Nile water a matter of life or death to Egypt: Al-Sisi

Herzone for e-commerce aims to enter Saudi Arabia next year