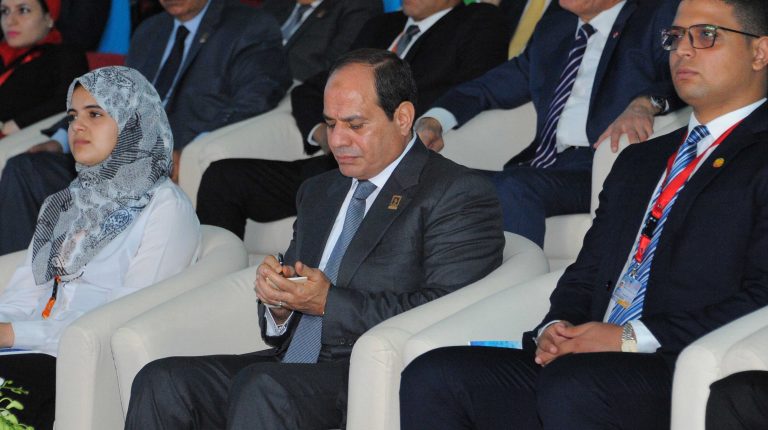 President Abdel Fattah Al-Sisi called on Tuesday media outlets to support the state and create a “phobia” against its failure, adding that the “atmosphere” is adequate for such procedure.

“This is not biased to the state, but rather protecting Egypt,” Al-Sisi said, adding that the state would “help” with producing films that aim to “enhance patriotism”.

“In 2011, the media had certain agendas, and it almost led Egypt to witness events more severe than what we see in other countries in the region,” Al-Sisi added, although he did not explain what the media agendas were.

Meanwhile, media analyst Yasser Abdelaziz told Daily News Egypt that the best way for the media to act as protection to a nation is through doing its role of spreading awareness with transparency and diversity

Al-Sisi, among other state officials, has long condemned the media coverage for several issues. Following the two church bombings in Tanta and Alexandria in April, Al-Sisi said in a televised speech that the media should deal with the issue sensitively, adding, “It is not logical that every time I turn a [TV] channel I see footage of the incidents, and you know that this hurts citizens.”

Moreover, in 2016, Al-Sisi blamed the media’s coverage on issues challenging Egypt, saying “Italy has accused Egyptian security services of the murder of the Italian young man Giulio Regini based on the news broadcasted by Egyptian media. The same applies to the Russian flight issue.”

Additionally, in an interview with on PBS, an American public broadcaster, Al-Sisi said that the Egyptian media did not reflect reality in Egypt.

“Media outlets in Egypt report whatever they want as there is no media restriction or dictatorship in Egypt,” he said during the interview.

Furthermore, in an interview with CNN in 2015, Al-Sisi also said, “I don’t want to exaggerate, but we enjoy unprecedented media freedom in Egypt.”

Egypt ranks 161 out of 180 countries on Reporters Without Borders’ (RWB) 2017 list measuring countries’ freedom of press.