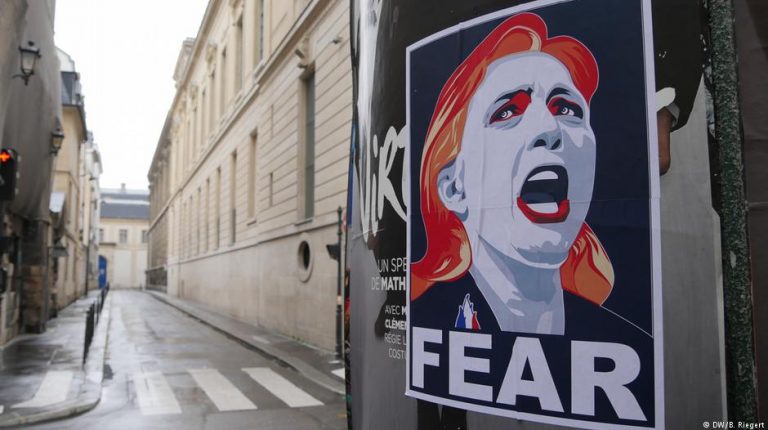 The 100 best posters produced in German-speaking countries for publicity, commercials and ads are on show at Berlin’s Kulturforum. That’s important as the poster as an art form has come under threat from social media.Since the end of the 19th century, we have encountered posters almost daily at public locations. Most of them have been hung up for promoting exhibitions, concerts, a beverage or a political party. But as digitalization rapidly continues, posters, billboards and placards are coming increasingly under threat as a means of advertizing.

Ads in social networks have proven to be more effective, more long-lived and a lot cheaper – and yet posters continue to be a popular mass medium.

Many are true works of art, some are simple, some extravagant, some abstract and some realistic. The 100 best posters of 2016 from German-speaking countries are now on show from June 16 through July 2 in the foyer of Berlin’s Kulturforum at Potsdamer Platz. In cooperation with the association “100 Beste Plakate e.V.,” the art library of Berlin’s state museums now presents the selection for the eleventh time. It was chosen by an independent jury whose composition changes annually.

Is this art form becoming extinct?

Five jury members picked the 100 winners from more than 2000 works submitted by 632 artists from Germany, Austria and Switzerland. In the view of the head of the jury, Alain Le Quernec, all exemplars had an artistic quality. One needs to distinguish between advertizing and graphic design posters, he explained in an interview with the Kettler publishing house: “These are different worlds which have different values and rules.”

The French expert doesn’t rule out the possibility that advertizing, commercials and other means of communication will soon make the poster medium redundant. He refused to make any prediction for the future, however, while underlining: “This medium will continue to be around as long as young artists find it attractive, and as long as the demand continues to be there.”

Following its premiere in the German capital, the exhibition will move to the cities of Essen, Nuremberg, Lucerne, Zurich, Vienna and La Chaux-de-Fonds. On the occasion of the exhibition opening, Kettler published an almanac containing reproductions of the 100 winning exemplars. The poster competition was initiated 50 years ago in former East Germany. After reunification in 1989, it was continued across all of Germany, while Austria and Switzerland joined in 2001.