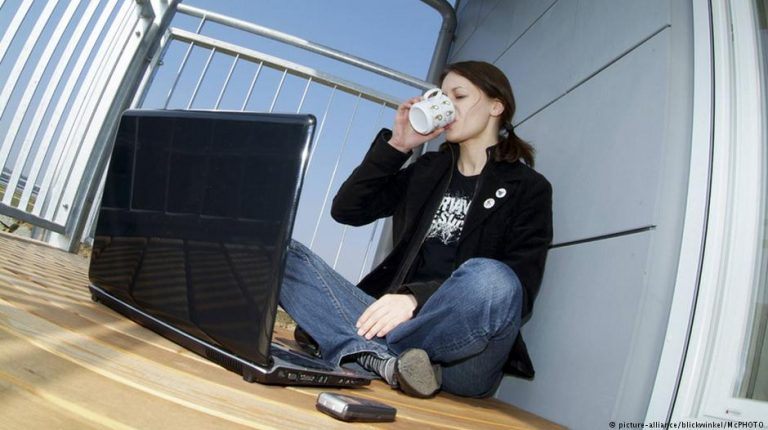 The recent decision of IBM to call its home workers back to the office has raised doubts about the future of telecommuting globally. Arthur Sullivan reports about the latest developments in Germany.For whatever reason, working from home has tended to suffer from something of an image problem over the years. Take how “The Simpsons” depicted it back in 1995: Homer bends the rules so he can do his job as a nuclear safety inspector from home but his laziness and the lack of supervision in his living room almost causes a nuclear meltdown at the power plant.

Yet while office banter about home workers slacking off has stubbornly persisted, the remarkable technological changes in communications of the last two decades combined with rapidly evolving social attitudes around a so called “work-life balance” have helped make telecommuting a reality for millions of people.

Telecommuting – a work arrangement where employees do not have to commute to a central place of work – looked to have an unassailable role in the future of employment but when US technology company Yahoo unexpectedly and controversially called its home workers back to the office in 2013, that future suddenly looked less certain.

While telecommuting has continued to grow almost everywhere around the world since, some large firms have followed Yahoo’s lead, most recently American multinational technology company IBM, a pioneer of remote working which last month gave its thousands of telecommuters a choice – come back to the office or leave the company.

That decision has raised some intriguing questions about the long-term viability of telecommuting, particularly in Germany, where working from home has not quite taken off to the same extent as it has in other similar economies. According to a 2015 OECD survey, less than 15 percent of German employees worked regularly from home, almost 10 percent less than the OECD average and well behind several other EU nations such as France, Belgium, the Netherlands and Sweden, all of which have figures of between 25 and 40 percent working regularly from home.

“Germany follows a more traditional management philosophy, where many bosses still expect their employees to be around. There is a certain level of expectation of being present and also some mistrust about absent colleagues,” Dr Werner Eichhorst of the IZA Institute of Labor Economics – a Bonn-based think tank – told DW.

Yet talk to some of the 12-15 percent of German workers estimated to work either regularly or occasionally from home and you’ll find lots of enthusiasm for the practice.

“I work much more efficiently at home, definitely,” says Matthias Rauter, who works in corporate communications at Porsche. “I work in my kitchen and it’s perfect. I’m alone at home, I have a beautiful view into the countryside and that’s perfect for me.” It’s the same for Marc Heitzmann, a 33-year-old working for a small sports agency in Berlin. “With jobs like mine, the idea that you would have to be at an office for eight hours a day in the same place – that would be counterproductive.”

There’s plenty of evidence to suggest that there is a strong appetite among German workers to at least have the option of working from home. A comprehensive 2016 study into the topic from the German Institute for Economic Research (DIW) found that one out of every three workers in Germany would prefer to work from home, and two out of every three who have never done so would like to be able to. The research suggested that it would be possible for up to 40 percent of workers in Germany to work at least partially from home, far more than the amount currently doing so.

However, that same study highlighted a distinctive reluctance on the part of German employers and managers to facilitate telecommuting, even in cases when employees had no specific requirement to be in an office.

“Often the only problem is that it doesn’t occur to employers to give their staff the chance to work from home,” said Karl Brenke, the author of the report. “Here, apparently, human resource policy is still stuck in the Stone Age.”

‘An important part of a flexible working model’

But how fair is that assessment? DW asked seven of the largest German companies in various sectors what their policy was towards their employees working from home, and while a common theme in the responses was the challenge of abiding by strict German regulations regarding home office environments, all seven companies professed a strong belief in the advantages of providing at least partial telecommuting options for their workers.

Michael-Hans Friedrich, a spokesperson for manufacturing conglomerate Siemens, said it was “an important part of a flexible working model” that was vital in the modern work environment and he outlined various telecommuting options available to the company’s employees. Johanna Weber of insurance firm Munich Re confirmed that the company had similar telecommuting policies and that more than half of the 3,800 staff based at the company’s Munich headquarters availed either of a casual ‘flexible working’ option or a more fixed ‘home office’ option, where employees can work away from the office at designated times.

Porsche confirmed to DW that from 2010 on, as part of a major cultural shift at the company which was aimed at modernizing its working environment and also increasing the number of female employees in a male-dominated industry, the automobile manufacturer has embraced several telecommuting options.

It’s important to note that while there is clearly plenty of enthusiasm in Germany for working from home, there is also a strong belief in the value of working regularly from the office.

“People still like coming to the office because they enjoy the exchange with their colleagues,” said Ms Weber, while Dr Eichhorst identified plenty of benefits of working closely with colleagues, not least boosting the potential for innovation by exchanging ideas regularly and also avoiding the potential for personal and professional isolation that can come from working alone.

Yet clearly there is a balance to be found between both, and the German labor market appears well placed to strike that balance gradually in the years ahead, considering the substantial potential for increasing the number of telecommuters in certain high-skill industries, the palpable enthusiasm among workers for doing so and signs that the largest German employers are finally embracing the idea.

It may continue to have its growing pains – as the cases of Yahoo and IBM suggest – but working from home looks destined to play a big part in the future of work, both in Germany and beyond.

We need EGP 65bn to build infrastructure in 65m sqm of land: al-Sisi

Doingyourbit: A man’s mission to bring African eco ideas to the world

“Empowerment and Technological Integration of NGOs” conference to support NGOs