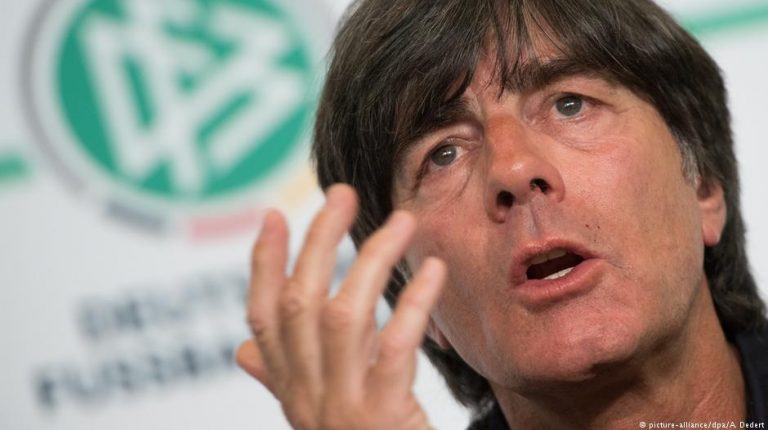 Joachim Löw has warned that top players are at severe risk of burnout thanks to expanded global and continental tournaments. The Germany coach has named an inexperienced squad for the upcoming Confederations Cup.Speaking to German sports news agency SID on Thursday, the World Cup-winning coach said: “It’s a dangerous game – we must not pull too hard on the rope. One has the impression that things are already bloated and the fixture list looks anything but happy.”

Löw left out many of his established stars for the upcoming tournament in Russia, including Thomas Müller, Mats Hummels, Toni Kroos, Mesut Özil, Jerome Boateng, Manuel Neuer and Sami Khedira and named seven uncapped players in a relatively inexperienced squad.

The 57-year-old has said his main goal in Russia is to blood his next generation of stars such as incoming Bayern Munich center back Niklas Süle and exciting RB Leipzig forward Timo Werner.

Germany face Chile, Australia and Cameroon in Group B with Portugal, hosts Russia, Mexico and New Zealand in Group A.

But, having led his nation to the last four of every major tournament since 2006, Löw cautioned that plans to increase the number of teams at the World Cup alongside the also expanded European championship could place too high a demand on top level players.

“After the end of the season, the players go on holiday for a few days, but can’t actually have a proper vacation, because they have to follow a training program,” Löw said.

“They have to be ready to go again after two weeks. This is not good in the long term.

“If you have a good product and want to make it even more attractive, then a scarcity might be good.”

Confederations Cup: Germany with different goals heading into the tournament

Opinion: It’s time for Tuchel and Watzke to bury the hachet