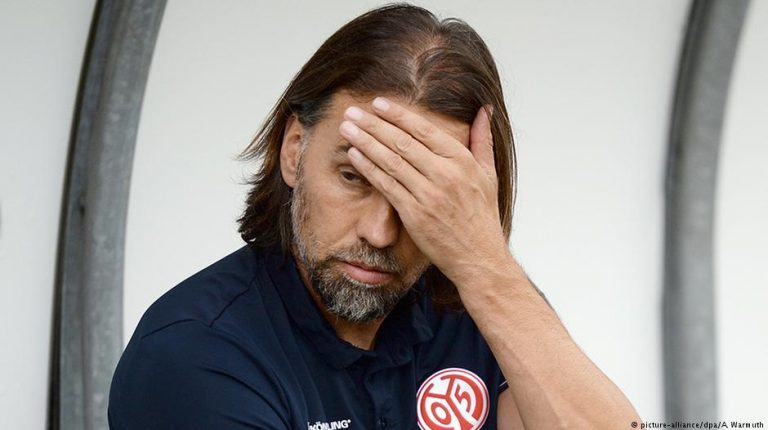 Bundesliga club Mainz have sacked their coach, Martin Schmidt, following a disappointing season that saw them flirt with relegation. There was no immediate word on a successor.Mainz announced via their official website on Monday that the Bundesliga club had relieved Martin Schmidt of his duties as head coach.

“The joint decision to end our work together by mutual agreement was reached following a very open and honest discussion with Martin Schmidt on Sunday evening,” Mainz’s sporting director, Rouven Schröder said.

“This mutual decision is a consequence of the sporting analysis of the past season and a lack of prospects for mutual collaboration beyond the end of his contract in 2018,” Schröder added. “We need a fresh start in the summer after this difficult season.”

The 50-year-old Schmidt had taken over the Bundesliga team at Mainz in February of 2015, replacing the sacked Kasper Hjulmand and leading them to an 11th-place finish. One season later, Schmidt, the former under-23 coach at Mainz, led the club to a sixth-place finish and a berth in the Europa League.

This season though, Mainz flirted with relegation, but finished the season in 15th place, one place above the relegation playoff spot.

The club have said they hope to fill the vacant head coaching job soon.

“My wish is for us to resolve this question quickly,” Schröder said. “However, we will not be driven by external forces.”