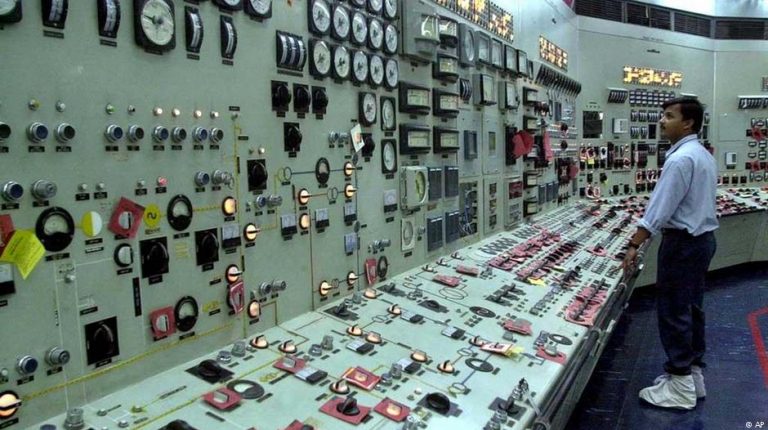 In a major decision to fast-track India’s domestic nuclear power program, the government has approved a plan for 10 domestically-built heavy water reactors to meet the country’s growing demand for energy.India’s Minister for Power and Coal, Piyush Goyal, told a news conference on Wednesday that the government had approved a plan to built 10 new pressurized heavy water reactors (PWHRs) with a combined capacity of 7,000 megawatts (MW).

India currently operates seven nuclear plants, mostly of Russian and US origin, with a capacity of about 6,700 MW. In July 2014, the government of Prime Minister Narendra Modi agreed to add 14,000 MW ofnuclear power capacity by 2024.

Goyal noted that the new reactors would all be homegrown and become “one of the flagships” of the Prime Minister’s “Make in India” initiative.

“As the government marks three years of its people-centric governance, in a first of its kind project for India’s nuclear power sector, the 10 new units will come up as a fully homegrown initiative,” he said.

He also said that the project would generate business worth 700 billion rupees ($11 billion) and create more than 33,000 jobs. So far, however, it’s unclear where the new reactors will be built or how long they will take to become operational.

The nuclear project is part of India’s low-carbon growth strategy that seeks to reduce the country’s heavy dependency on coal power.

India is the world’s third largest electricity producer and fourth largest consumer, with an installed capacity of 329 gigawatts. But about 67 percent of its energy comes from non-renewable sources like coal.

The country is setting up new goals to increase its renewable power generation including a plan to add 100,000 MW of solar power by 2022.

Optimism at climate conference, despite US hesitation