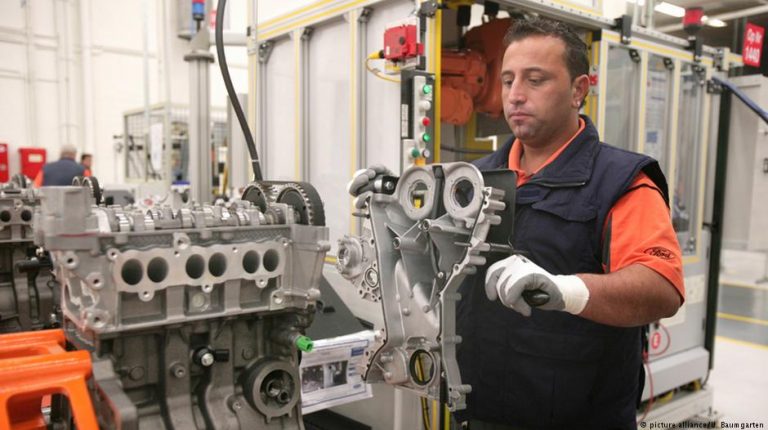 The 19 nations sharing the euro have logged a moderate GDP growth rate for the first quarter. Analysts were quick to point out that economic expansion was a lot faster than in the US, the world’s largest economy.The euro area economies booked a combined expansion rate of 0.5 percent in the January to March period, while the US as the world’s largest economy grew by only 0.2 percent in the same period, the European statistics agency, Eurostat, reported Tuesday.

The best-performing nation in the eurozone was Finland, which logged 1.6 percent growth in the first quarter. Among the four largest eurozone nations, Spain was top with an expansion rate of 0.8 percent, followed by Germany, which registered 0.6-percent growth.

Only one euro area member, Greece, saw its economy decline (-0.1 percent), sending the nation back into recession after two consecutive quarters of “negative growth.”

The European Commission last week raised its 2017 growth outlook for the eurozone to 1.7 percent.

Eurostat also reported Tuesday the euro area increased its trade surplus with the rest of the world in March with both exports and imports rising markedly.

The news was seen by economists as a sign that global commerce had so far not been hampered by protectionist calls.

The 19-member bloc recorded a 30.9-billion-euro ($34.1-billion) surplus in its goods shipment balance with states outside the eurozone.

Greek economy slides back into recession