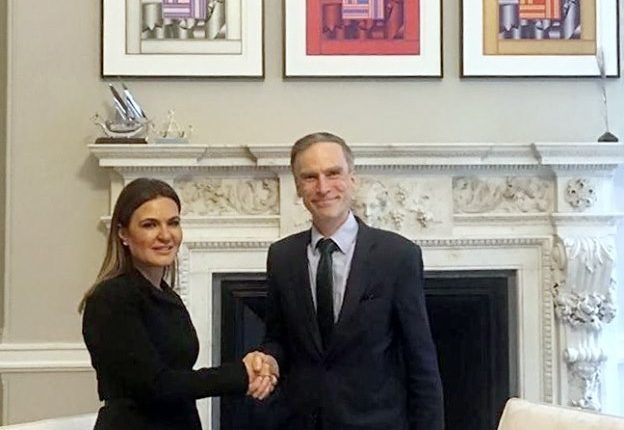 The Minister of Investment and International Cooperation, Sahar Nasr, met with the British Secretary of State for the middle East and North Africa, Andrew Murrison, at the British Foreign Office, during her visit to London, in the presence of ambassador of Egypt to London, Tarek Adel.

The two sides discussed increasing cooperation between Egypt and Britain during the coming period in various fields and increasing British investments in Egypt, which reached $47.4bn, representing 1,816 British companies operating in Egypt.

Furthermore, the meeting discussed intensifying cooperation in the British Arab partnership programme which allocates approximately £6m annually on projects between Egypt and Britain in several fields, including comprehensive economic growth, in addition to supporting small and medium-sized enterprises (SMEs) through the Deauville Partnership, which is implemented through the World Bank (WB) and the International Finance Corporation (IFC). Moreover, discussions of increasing scholarships for Egyptian students in British universities through the Newton Fund abounded, along with increased collaboration through the Women’s Projects Support Fund.

Do startups contribute to economic prosperity?