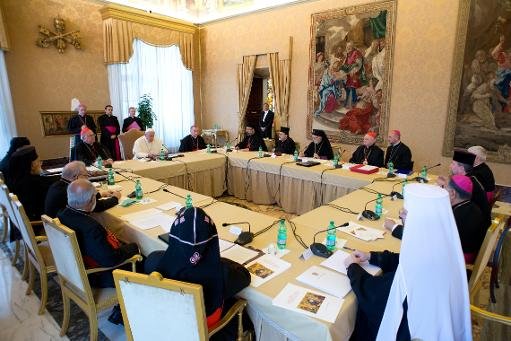 Pope Francis, the 266th and current Pope of the Roman Catholic Church, will meet with President Abdel Fattah Al-Sisi and heads of the main religious institutions in Cairo on 28 and 29 April, the Egyptian presidency announced Monday.

The presidency said that Pope Francis is scheduled to meet with Pope Tawadros II, head of the Coptic Orthodox Church, and take part alongside heads of Christian communities in prayers commemorating the victims of the terrorist attack on St. Peter and St. Paul Church, which killed at least 29 people on 11 December 2016.

In his first official visit to Egypt, Pope Francis will sit with Al-Azhar Grand Imam Ahmed Al-Tayeb and is expected to speak at the Islamic institution’s international peace conference.

In May 2016, Al-Tayeb met Pope Francis in Vatican City, after five years of suspended talks.

Ministry of Tourism promoting the path of the Holy Family