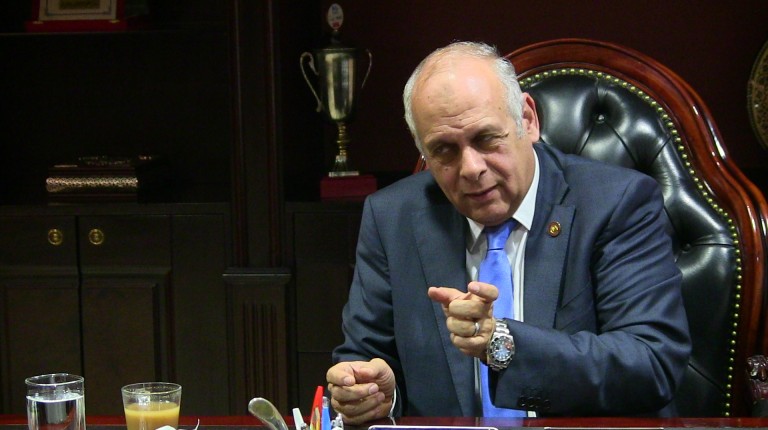 Hyde Park Properties for Development is set to offer the first phase of its tourism project on the North Coast in July and plans to implement the bulk of the work in the New Cairo project.

CEO of the company, Amin Serag, told Daily News Egypt in an interview that its North Coast project is on an area of 225 feddans (233.5 acres), which will be developed in six phases over six years. The project will include 1,000 units, a hotel district, and a commercial site with investments reaching EGP 12.5bn.

He explained that the company has been looking for a suitable area on the North Coast for one year, but faced some difficulties looking for the best-suited land.

What are the details of the Hyde Park project?

The company is focused on constructions in the Hyde Park project in 2017. We expect the contracts to reach EGP 2bn. The bulk of the project will be completed in 2017, including deferred contracts worth EGP 200m last year, next to new contracts worth EGP 1bn. We are preparing to add new ones over the year that add up to EGP 600m.

Hyde Park signed a contract with Hassan Allam Holding Company worth EGP 500m for 30 buildings of 465 units, which will be established within 21 months. The first phase will be delivered within 12 months. We also aim to sign another contract worth EGP 300m. Moreover, the company awarded some constructions worth EGP 200m to Misr Engineering Development Company (MEDCOM).

We secured the financial value targeted to implement the signed contracts so as to maintain our operation plan.

The Hyde Park project is on an area of 6 million square meters with investments of EGP 35bn in the 5th Settlement. The project is at the gate of the New Administrative Capital, close to the new entrance to Ain Sokhna and the new regional ring road, overlooking the South 90 Street.

What about Park Corner?

The company launched the second phase of the Park Corner project, which includes 1,000 residential units, next to 530 units in the first phase, which were announced in September and completely sold in one month.

We achieved sales of EGP 3bn in the past year and expect similar revenue this year in the Hyde Park project alone, next to sales from the North Coast project. But this is linked to the number of units that will be posed this year, which has not been specified yet.

The company provided seven different payment plans to our clients. We allow them to buy residential units through the mortgage finance initiative, where the Housing and Development Bank owns a subsidiary for mortgage financing that has a cooperation protocol with Hyde Park.

The company developed 40% of the Hyde Park New Cairo project. The remaining part will be constructed through the coming period. We expect to complete the project in 2024.

The remaining part includes a central park on 600,000 square metres, along with a recreational club. We are negotiating with a number of clubs to manage the new club. The same goes for the educational district, which will be managed through a partnership with a specialised company.

What about the company’s plans for the next stage?

We aim to continue developing our projects in Sheikh Zayed and 6th of October City, next to our projects in the Red Sea province. We are looking for suitable lands and prefer partnership projects with other companies or the state.

The company did not participate in the competition for the first offering in the New Administrative Capital due to the short time and our focus on the Hyde Park project. Yet, we intend to compete in the second offering, which will be clearer.

We plan to finish all delivery problems in 2017. We notified our clients with the new dates. We also provided facilitated payment plans to the clients that did not receive their units. The company receives weekly reports on the situation of development to ensure completing the project in time.

The company amended the general scheme of the project through the US Gensler office. The amendments included the redistribution of the central park to extend to the entire project, rather than being centralised. There were also amendments to the educational and services districts.

Do you plan on putting up part of the company’s shares on the Egyptian Exchange?

The company does not plan to sell shares on the EGX, as we have enough liquidity for the current plan, but we are studying the matter. This, however, takes a long time and complicated procedures that may begin in 2018.

I expect increased market activity during the second half of this year, fuelled by the seasonal activity in the summertime and the arrival of Egyptians living abroad, next to the expected economic improvement.

How do Arab developers see the real estate market in Egypt?

Arab developers are confident in the Egyptian real estate market. They have a strong appetite for investment in Egypt. They all agree that the flotation of the pound was a good thing that invited many of them to enter the market, being a step on the right path, despite the negative impacts that shall soon be resolved.

But the scarcity of land plots available in the market and the high prices of available lands pushed many companies to seek partnerships. Yet, the offerings plan and the establishment of new cities can secure inflow of new lands, especially after building the New Administrative Capital.

I believe that the general developer scheme is very important in the provision of land at this time. It has been proven to work well in different countries and we have great expertise in that field.

How do you view new cities on the North Coast?

New Alamein City is a good model for developing the North Coast. This is the first time we benefit from costs in development, instead of building resorts. This would mean more opportunities for the area.

I call upon the government to reconsider the mechanism of mortgage financing to include all units under construction, like many other countries around the world, instead of limiting the funding to existing units, as this may drive the growth of the market’s activity.

Hassan Allam to list shares on EGX, LSE, prices to be announced by November

34% of Egyptians live in insufficient housing

New phases of Hyde Park and Chill Out Park in the range of EGP 9bn: CEO Dar Mimar Group