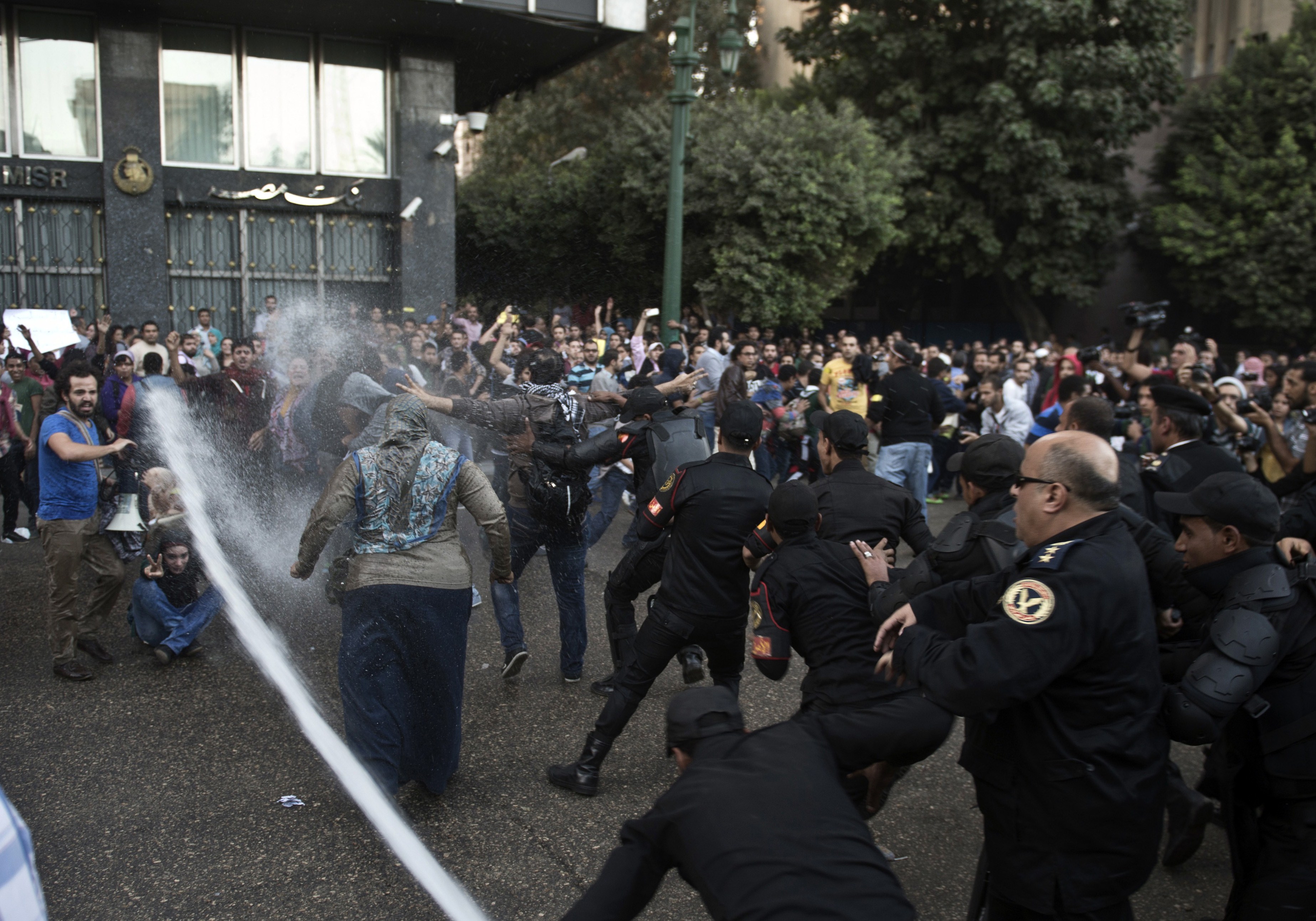 The cabinet approved during its weekly meeting headed by Prime Minster Sherif Ismail a draft law introduced to modify Article 10 of the 2013 Protest Law. According to a statement released by the cabinet on Wednesday, the draft law has been submitted to the State Council.

The suggested amendment stipulates that the Minister of Interior or any concerned official, such as a security director, has the right to demand a judge annul, postpone, or move any protest if any information regarding potential threats to public safety surfaces prior to a planned protest taking place.

According to the statement, the assigned judge should then issue a verdict on whether or not to postpone, move, or cancel the protest. Protest organisers would also be granted the opportunity to appeal the decision.

Article 10 of the Protest Law gave the Ministry of Interior the right to ban protests.

The Protest Law was issued in late November 2013 by interim president Adly Mansour. The law imposes a series of restrictions, such as requiring protesters to file for permission at the nearest police station.

In addition, the number of protesters is not allowed to exceed the number filed in the request, nor are they allowed to move the protest to another location not specified in their initial request.

The Protest Law has been condemned and criticised by multiple international and local non-governmental organisations, who say that thousands have been detained for protesting and are currently serving harsh prison sentences.

MPs should learn from 25 January: George Ishak on Protest Law