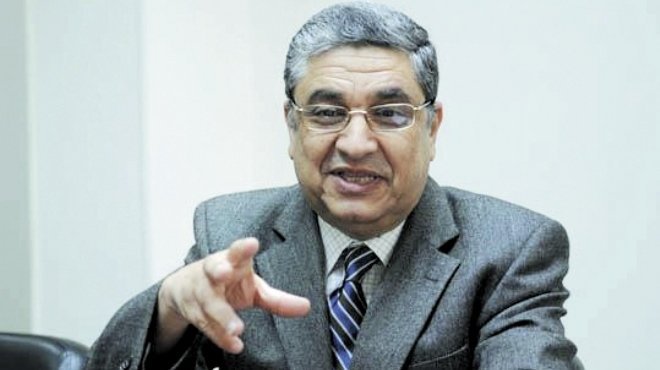 The Ministry of Electricity is planning to strengthen the interconnection lines with Jordan, Syria, Lebanon, and Iraq.

He told Daily News Egypt that the Egypt-Saudi Arabia electricity interconnection project was not affected by any political or economic events, and all tenders related to transformer stations and cables have been put forward. “The project is expected to be completed within the first quarter of 2019,” he said.

He explained that the Egyptian-Saudi electricity linkage project is composed of three tranches. The first is establishing two 500 KV alternating currents to direct current transformers in Badr City, as well as a station for the aero line connection with the marine cable in Nabaq, Saudi Arabia.

The second tranche is a 450 km aero line linking between Badr Station and Nabaq station, in addition to an 850 km line between Nabaq and East Madinah station on the Saudi side.

The third tranche of the project is linking Badr and Nabaq stations via ground cables, along with a 500 KV marine cable across the Gulf of Aqaba, at a distance of 16 km.

The project is estimated to cost $1.6bn. Egypt is set to pay $600m. The funding contributors list includes the Kuwait Fund for Arab Economic Development, the Islamic Development Bank, and the Arab Fund for Economic & Social Development, as well as the Egyptian Electricity Transmission Company.

In a different context, the prescribed increase of electricity subsidies allocations afforded by the state due to the liberalisation of the exchange rate amounted to EGP 6bn.

Shaker said that the ministry is conducting studies to calculate the increase in subsidies allocations driven by the liberalisation of the exchange rate, the value-added tax, and the hike in fuel prices, but is expected to increase by EGP 60-63bn.

Shaker told Daily News Egypt previously that prices will go up in July in accordance with the programme of restructuring electricity prices, adding that all scenarios are on the table. He, however, stressed that low-income citizens will not be pressured by an additional burden.

The minister pointed out that the efforts made by the ministry over the past two years to improve the efficiency of the electricity system in Egypt and improve the services provided to citizens resulted in Egypt’s rise in the rankings by 56 places in the electricity report issued by the World Bank on the doing business indicators, to occupy the 88th spot among 190 countries, moving up from the 144th.

Shaker explained that the ministry’s efforts continue to improve the efficiency of electricity provided to citizens, especially in raising the quality of transmission and distribution grids and control centres.

EETC signs for $757 loan with Export-Import Bank of China