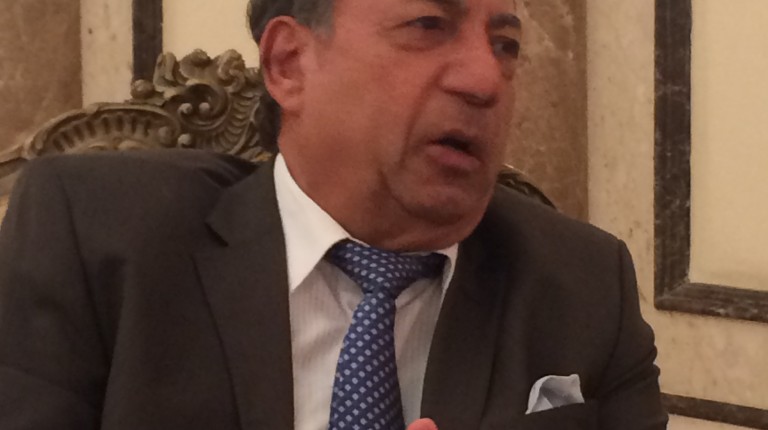 The international company Helnan Hotel Group plans to increase the size of its hotel investments in the Egyptian market over the next year.

Helnan’s founder, Enan Galaly, said in an interview with Daily News Egypt that Egypt has a high quantity of tourism resources which encourages the company to increase the number of its hotels.

Enan El-Galaly is an Egyptian executive who established Helnan Aarhus – Denmark Hotels in 1982.

The company owns, manages, and develops four and five-star hotels worldwide under the slogan “The Symbol of Scandinavian Hospitality”.

The company now owns and is managing a number of hotels in Denmark,  Austria,  Morocco, and Egypt.

The company’s name was inspired by the “hel” in Heliopolis, the place the founder was born,  and “nan” from his name Enan.

The founder believes that problems that affect the Egyptian tourism sector extend beyond national and airport security issues, citing that political factors as well as Egypt’s negative image abroad have much to do with the complications the industry has witnessed in the current period.

What is the group’s investment plan in the Egyptian market in the coming period?

The company’s branch in Denmark, Helnan Hotels Aarhus, is planning to grab new projects in Egypt during the current period in order to increase the size of hotel investments in the Egyptian market.

The company plans to work in cooperation with several companies to begin new investments in the hotels sector in the coming period.

We are also set to add a new hotel in one of the Egyptian cities before the end of 2016.

The company experienced political pressure when Egypt was under the administration of former president Hosni Mubarak, which led to it withdrawing from the Egyptian market and most Middle East countries in 2005.

We returned just before the outbreak of the 25 January Revolution in 2011 with new vigour and initiative to re-engage the Egyptian market, which for the most part has been encouraging during the current period.

Can you tell us about the number of hotels that you intend to include under Helnan management and some of the details about the company’s current negotiations?

I cannot answer that question now; however, I can inform you that we will add a new hotel under our management before the end of 2016 which will increase the number of hotels that operate under Helnan’s management in Egypt to eight.

In terms of the negotiations, I cannot disclose names of the companies that we are negotiating with, but I can tell you that we are in the middle of the road.

The company intends to increase the number of its hotels in Egypt during the coming period. Egypt is a promising market and enjoys an attractive climate for investment.

Last year, amid the tourism crisis, the company added two new hotels: the Helnan Dreamland in 6th of October City and Landmark in New Cairo. The group’s hotels are in Sharm El-Sheikh, Nuweiba, Alexandria, Fayoum, Aswan, New Cairo, and 6th of October City.

Will you develop the two hotels that were added last year or will the contract be limited to the administration?

The group plans to make additions to the Helnan Dreamland hotel by increasing the residential capacity of the hotel. We are adding 120 rooms to the 166 rooms it currently has to provide 286 rooms in total.

A main ballroom designated for special occasions is currently under construction that will be able to accommodate 1,300 people when finished.  We plan to add this to our already existing conference rooms and Business Centre. The goal is to turn the hotel into a conference centre to serve both international and local clients. The hotel also plans to include a special landing pad for helicopters.

The Egyptian tourism sector has recently suffered from low occupancy issues over the past period. What are the average occupancy percentages of the company’s hotels?

Average hotel occupancy in the hotels managed by Helnan in Egypt ranges between 50% and 80% based on the city the hotel is located in, whereas the occupancy rate for Helnan in Nuweiba dropped to 25% considering the nature of the city.

Does the company seek to increase its investments outside Egypt?

Over the past period, the number of hotels managed by Helnan declined from 40 to 10. This number includes the seven in Egypt and the rest are distributed around Europe and North Africa.

The global financial crisis at the beginning of this century has prompted the company to reduce the number of hotels managed around the world.

Helnan previously managed hotels in America and several European countries as well as in the Middle East and North Africa. Currently, the management is limited to hotels in Denmark, Austria, Egypt, and Morocco.

Has the decline over the past period pushed the company to change its marketing policy?

The company will seek to change its marketing policy regularly and redevelop management policies according to new data and economic conditions that suit the current times. We also will  take into account the economic events that affect our host countries’ governments.

The matter is not limited to marketing plans, but also training staff in all the hotels managed by Helnan. They will be sent to receive training courses in hotel institutions abroad, which falls within the framework of our plan to develop stronger and more integrated group mechanics within our human resources division.

There are 1,500 employees in Egypt currently, though in the past the number exceeded 5,000 in the Middle East.

The tourism sector has gone through several periods of crisis over the past 6 years. How do you find its chances of reform?

Although Egypt has great tourism resources in respect to its diversity of attractions, both   culturally and recreational; the sector ultimately suffers from the misreading and mismanaging of the tourism issue.

Egypt is following the wrong policies in promoting tourist destinations. It depends on addressing the governments of the countries to attract tourists, rather than addressing the people themselves. The tourists are the ones who decide the destination and time of travel, not their government.

Are there realistic solutions that could contribute to modifying the tourism system in Egypt?

In order to promote among other markets we are studying the countries’ experiences in marketing and advertising in order to allow the Egyptian tourism product as a whole to reach a higher number of population segments in all markets around the world.

Currently Egypt’s regular markets in Europe represent 72% of the total annual numbers of tourists that visit. We can expand this by looking at how we reengage them and how we can establish a stronger presence in new markets in east and south Asia.

Workers in the tourism sector, whether they are official bodies or investors, must address the companies organising tourism, not only the decision makers. It is necessary to work on attracting the consumer, because at the end of the day they are the one who will decide where to spend their money.

The tourism promotion should not be limited only to the advertising of attractions. We lack programmes aimed at raising community awareness about the art of dealing with tourists, how to pay attention to cleanliness, and ways of presenting food and beverages.

These points are the first things viewed and appraised by the tourists coming to Egypt and are key issues in deciding the tourist destination in which they decide to spend their holiday. Moreover, paying attention to these points raises the quality of our attractions and in the end it improves the level of income the market receives.

I receive many complaints from tourists abroad on the bad way that Egyptians treat them and the issues they face with people on the street, such as vendors that may sell fraudulent products or exploit them by selling their goods at higher rates and general harassment.

Helnan increases its presence in Egypt by adding 8 hotels