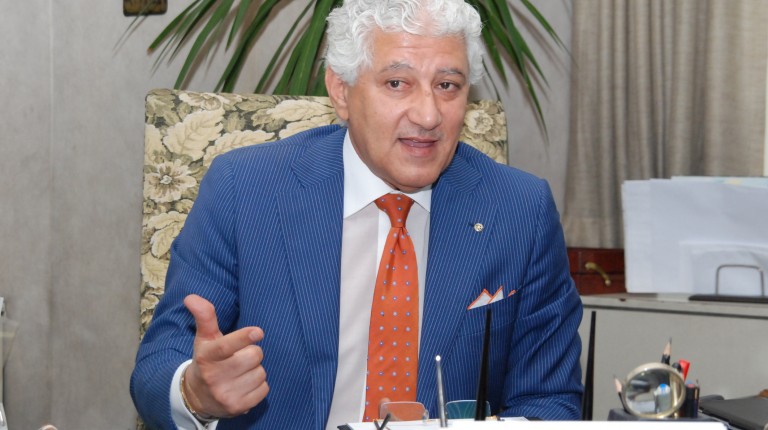 Misr Iran Development Bank (MIDB) aims to achieve a profit of EGP 350m by the end of 2016, according to its managing director Amr Tantawi.

In the first nine months of the year, the bank has made profits amounting to  EGP 305m, He told Daily News Egypt, which is only EGP 5m less than the bank’s target for 2016.

He noted that the bank aims to inject EGP 100-150m into its loans portfolio before the end of the year, boosting its size to nearly EGP 5.2bn, pointing out that industry alone acquires 40% of that size.

Moreover, Tantawi said that small- and medium-sized enterprises (SMEs) have been granted EGP 800m, which is 15% of the bank’s total loans portfolio.

Besides his position at MDIB, Tantawi is also a member of the board of directors of the Federation of Egyptian Banks (FEB). He was appointed two weeks ago to serve on the board of directors at the Egyptian Exchange (EGX) as a FEB representative. This makes him the second representative of the banking sector in the EGX, following head of reserves management at the Central Bank of Egypt, Rami Aboul Naga.

What are the most prominent indicators of the bank’s performance as of the end of September, in regards to your set target?

The bank aimed to realise profits of EGP 310m in total for 2016; however, following the results of the first nine months, we raised the bar to EGP 350m.

The bank’s policy is based on three key elements. Our chief concern is the distribution of at least EGP 120m to shareholders, in addition to a workers share; to strengthen the provisions for non-performing loans; and to boost the size of reserves and retained earnings

What is the size of MDIB’s loans portfolio, as compared to the target?

The nank’s loan portfolio reached EGP 5.1bn as of the end of September compared to EGP 4.38bn in September 2015, marking an increase of EGP 720m.

The bank is close to completing our aim for 2016, which was to increase the size of the loans portfolio by EGP 800m.

We also seek to inject funds valued at EGP 100-150m during the remaining three months of the year.

What are the main sectors that the bank focuses on funding?

Since it was founded 40 years ago, MIDB operates as an investment bank which funds development projects that have a positive impact on the overall national economy. The industry sector alone acquires 40% of the bank’s loans, while financial services, construction and contracting sectors acquire 15% each.

As the MDIB operates as an investment bank rather than a commercial one, the bank’s retail banking activity very limited.

What about the financing of SMEs?

SMEs currently acquire 15% of the bank’s loans portfolio, and are in line with the new definitions set by the CBE.

We granted a total of EGP 800m to these projects, mostly for medium-sized enterprises.

We aim to boost the loans granted to SMEs to 20% of the total granted loans before the four-year deadline set by the CBE’s initiative, launched earlier this year.

What are the bank’s plans for expansion?

The bank has 15 branches now, with plans for two more to be constructed  in Tanta and Beni Suef by the end of the year.

We have asked the CBE for the approval to open three additional branches to reach a total of 20 in 2017.

Currently we are focused on the big branches only. We may consider opening smaller branches in the future to take advantage of the initiative launched by the CBE [for financial inclusion] and to serve our clients nationwide.

What is the size of the bank’s deposits portfolio?

The deposits portfolio registered EGP 11.3bn as of the end of September, as compared to EGP 8.6bn in the same month in 2015—an increase of EGP 2.7bn.

This is attributed to our success in attracting deposits using a variety of saving instruments.

This includes the bank’s three-year saving certificate with a monthly interest of 12.5% granted in advance, unlike other banks. The bank also offers a saving account with a monthly interest of 10%, which is different from other banks, as it grants its owner some advantages usually found with current accounts, including a chequebook. Besides these, the bank also offers a variety of deposits that are also different from those offered by other banks.

Meanwhile, the volume of deposits in foreign currencies amounts to EGP 2bn. We are still working to increase the figure by attracting savings in hard cash.

How is the bank working to overcome the dollar shortage?

We depend on the deposits of  our clients who are importers or individuals. The high difference in price between the official and the unofficial markets has reduced the size of currency that is given away.

What is best for Egypt, floating the Egyptian pound or devaluating it?

The best scenario for any economy is floating its national currency to express the real value of the economy and the movement of supply and demand. This was partially implemented in Egypt before 2011, when the price of the US dollar moved up and down according to supply and demand.

However, under the current conditions and the gap between supply and demand, the decision to float the Egyptian pound is hard one.

The decision, of course, is in the hands of the CBE alone. Nevertheless, I think we can begin devaluating the pound gradually to reach complete floatation.

Some people believe that the state should not borrow from the International Monetary Fund (IMF) given the difficult required conditions set by the fund. Do you believe that Egypt can fulfil these provisions?

This really depends on the conditions and negotiations reached between Egypt and the IMF, rather than the public opinion.

Yet, if the IMF requires Egypt to completely fulfil its demands before granting any tranches, it may prove difficult for the Egyptian government and lead the latter to drop the loan. The IMF requests will be accompanied by a dollar price hike, an increase in the price of goods, and would require the CBE’s foreign reserves support.

Citizens are concerned about the future of Egypt. Do you have such concerns?

I always tend to be optimistic. To see the future clearly, we must look to the past.

To illustrate, Egypt has gone through harder conditions before and passed. In the darkest of times, Egypt did not fail to pay its obligations to others and never suffered bankruptcy. I am convinced that we will overcome the current crisis as well.

This optimism is also built on some positive indicators for the country such as the recent oil discoveries, which will have a positive impact on the economy. There are also signs that global trade is moving again, which will positively affect the Suez Canal revenues. Tourism is also recovering.

If the CBE devaluates the currency, this would boost imports, attract investments, and improve tourism.

There is one more thing. No matter how strong the enemy is, there will always be a limit. Battles that often begin fiercely will calm down over time.

By this, I mean that though Egypt has many of conditions to deal with both at home and abroad, I believe that if we move confidently, these conditions will dissipate over time.

In your opinion, what is required to re-stimulate the economy and end this crisis?

People should work and produce. Moreover, we should give the state its right to act. We all have to stand together to strengthen the efforts made to exit this crisis.

In addition, SMEs are important. I believe stimulating and supporting them will help solve many other problems, including unemployment, poverty and illegal immigration. They also have a role in increasing exports and reducing imports.

Although I believe in the significance of the CBE’s initiative, I think it is critical for owners of SMEs to realise their importance and for us to find the best ways to reach them.

You were recently appointed by the EGX board of directors to represent FEB. Why is this move important and what qualified you in particular?

This step aims to coordinate between the management of the capital market and other related sectors, such as the CBE, brokerage companies, and so on.

In regards to my selection to serve on this board, it was supported by my work at MDIB as  one of the banks custodians; I have relevant understanding of stock market transactions.

Tantawy appointed board member in EGX, in succession of El Dib