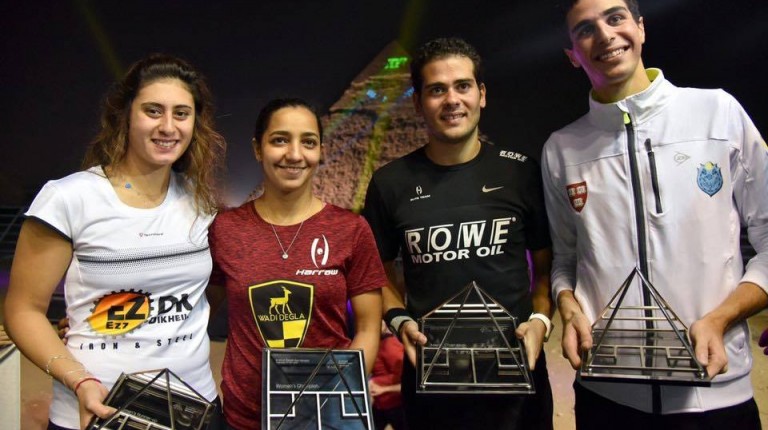 Egyptian squash players witnessed another victorious day on 23 September at the final matches of the 2016 Al-Ahram Squash Open.

El-Welily won the first two games with the scores 11-5 and 11-9. Afterwards, El-Sherbiny came back for revenge, winning the following two games with the scores 11-9 and 11-9. This led to the fifth game being a decisive and tense one. El-Welily managed to surpass her rival, winning the fifth and final match by 11-7. The final result of the match was 3-2 in Raneem’s favour, enabling her to become the female champion of the 2016 Al-Ahram Squash Open.

As for the men’s competition, Egyptian player Karim Abdel Gawad defeated his compatriot, Ali Farag, with match scores of 11-4, 11-7, 11-5, and a final score of 3-0. This resulted in Gawad being named the 2016 Al-Ahram Squash Open champion.

I want to be the world champion a few more times: Karim Abdel Gawad

After organising the Sporting Squash Open, All Media will organise the Smouha Squash Open