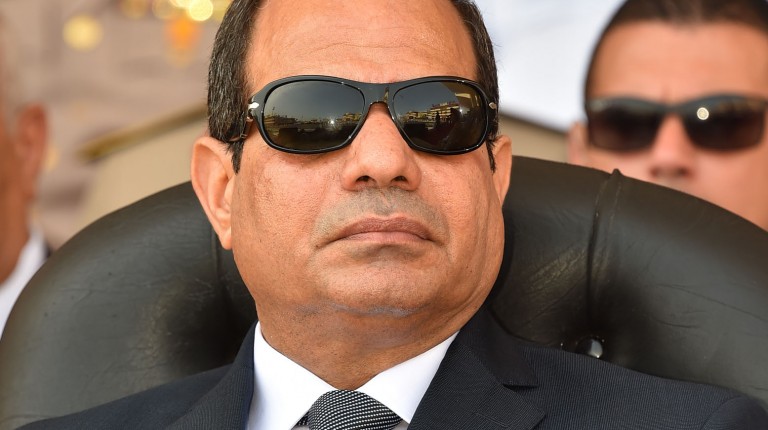 In his speech at the 71st general debate of the UN general assembly, President Abdel Fattah Al-Sisi said that Egypt had launched a new phase of sustainable development, referring to the 2030 national development agenda.

“We bare the responsibility of enhancing the standard of living for Egyptians,” he said. However, he highlighted that developing countries need certain kinds of support in order to reach those development goals.

This support is represented in a bigger share of the international trade volume, investment fund, help in settling debts, and technology transfer.

Al-Sisi also addressed climate change issues in front of the assembly by recounting the past year’s national achievements. He said Egypt was one of the first 22 countries to submit a national strategy to combat climate change following the Paris agreement, signed in December 2015.

Egypt has represented Africa on many climate change issues during the Paris agreement and in many other international events. He said that Africa needs technology and sustainable funding. “I certify Africa’s commitment to achieve climate change reforms according to its abilities.”

Among the other national achievements Al-Sisi highlighted was the 2014 Constitution, which he said ensures the rights of all citizens. He mentioned the increased number of seats for women in the parliamentary elections in 2015 as an unprecedented example for achieving gender equality.

On the economic level, he said Egypt strives to achieve an inclusive reforms plan, which started by renovating the infrastructure of roads, increasing electricity networks, and expanding agricultural areas.

Al-Sisi addressed a wide range of regional issues as well during his speech, including Syria, Libya, Yemen, South Sudan, Burundi, and Palestine, among others.

Besides highlighting efforts made by Egypt in resolving conflicts in those areas, Al-Sisi had clear requests regarding the Palestinian, Syrian, and Libyan conflicts.

He called on an immediate ceasefire and the eradication of all violence in Syria. “This will pave the way for a political resolution that ensures the rights of Syrians and prevents the nation from sliding into more chaos,” he said.

In Libya, Al-Sisi called on lifting an embargo imposed on the national Libyan army, believing it needs more empowerment to fight extremists.

Regarding the Palestinian-Israeli conflict, Al-Sisi diverted from the official speech and called on Israel to move forward with the Egyptian initiative to mediate between Israel and Palestine to implement the 2002 Arab Peace Initiative.

“This will achieve progress and prosperity for both Israel and Palestine,” he said.

Egypt was second to acknowledge independence of South Sudan: Al-Sisi

Al-Sisi would not run for presidency if he found his popularity had dwindled: Al-Sinawi