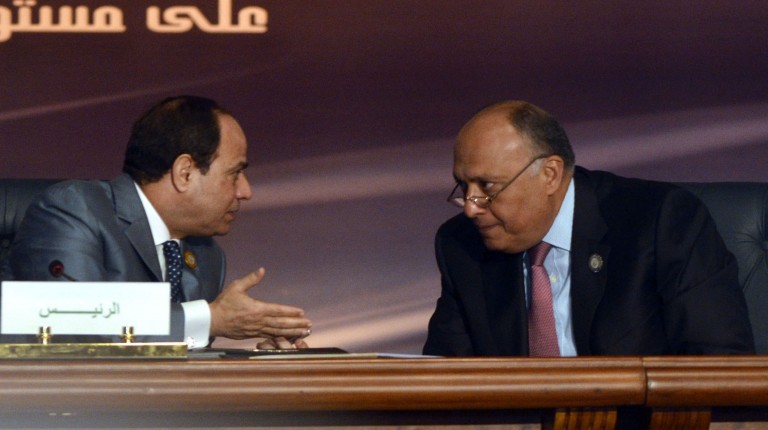 Several rights lawyers and activists denounced the parliament’s decision to extend the armed forces’ protection of vital and public facilities for five more years, saying that it will allow more military trials for civilians.

Head of the parliamentary Defence and National Security Committee Kamal Amer told Daily News Egypt that the decision was renewed for another five years because the situation in Egypt is unstable. He stated that if there were an assault on one of the facilities such as the Suez Canal, then there should be military trials to ensure quick decisions, as civil courts will not be enough in these cases.

He added that “Egypt’s haters” are trying to propagate wrong ideas by saying that the decision is unconstitutional. Those people do not want Egypt to stabilise and cling to “useless” issues to distract people from what is really important, he explained.

According to the privately-owned Al-Bedaiah website, rights lawyer Mohamed Abdel Aziz said that this extension will allow military trials for civilians in the case that they are alleged to threaten these facilities in any way. Abdel Aziz added that military trials for civilians are the strongest tool of oppression and disappearance of defendants. He stressed that what is deemed as a bigger disgrace is that the bill was proposed by major generals of the National Defence and Security Committee.

In a statement to Al-Bedaiah, the National Council for Human Rights (NCHR) member Nasser Amin said that this decision is unconstitutional and it will be appealed in front of the Supreme Constitutional Court, who will cancel it.

Member of the ‘No to Military Trials’ initiative Sarah Sherif also told Al-Bedaiah that the law was issued before the parliament, and led to a great numbr of civilians being tried in military courts, adding that as long as there are unfair trials, there will be no stability.

Following the ouster of former president Mohamed Morsi and the clashes that erupted between security forces and Muslim Brotherhood members, President Abdel Fattah Al-Sisi issued a decree in October 2014 referring those accused of crimes against the state’s facilities to military prosecution.