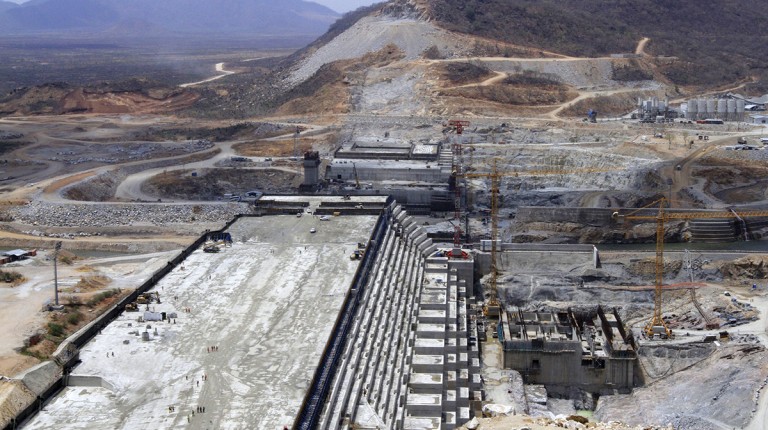 Minister of Water Resources and Irrigation Mohamed Abdel Aaty continued his meetings with World Bank representatives in Washington DC, along with his counterparts from Ethiopia and Sudan.

The visit included a tour of the Hoover Dam on the Colorado River, and focused on sharing experiences about building dams in different countries, managing the dams’ flow, and stored water.

The World Bank had earlier invited the ministers of the three countries to this meeting, in a bid to facilitate talks between them. The initiative comes as 70% of the Grand Ethiopian Renaissance Dam (GERD) construction is completed.

The Colorado River is considered the main river located in the southwest of the United States and the Northwest of Mexico. It’s 1,450 miles long and is 637 sqm, passing by a severely drought area in seven states in the US and two Mexican cities.

The GERD has strained relations between Ethiopia and Egypt since construction began in 2011, with relations reaching their lowest point in 2013.

In early June, Egypt’s Foreign Affairs Ministry said it is finalising the deals with the consulting agencies to assess the impact of the GERD. In December, Egypt, Ethiopia, and Sudan signed the Khartoum Document, addressing ways to enforce and execute the declaration of principles.

Nader Nour El-Din, water resources professor at Cairo University, previously told Daily News Egypt that “those consulting studies are completely useless”, stating that the studies are expected to take an average of 17 months, while the GERD’s completion is scheduled for October 2017. The results of these studies are also non-binding.

GERD technical studies will take one year to be delivered, exceeds the time of the dam’s completion: expert