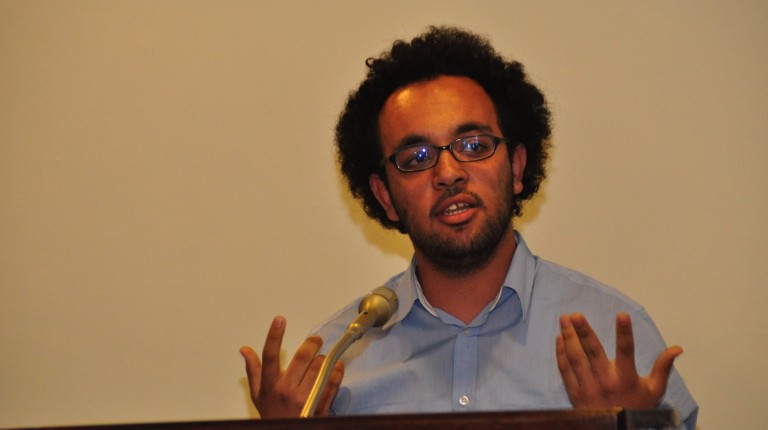 Three years ago, on 14 August, the last thing anyone expected to watch on television in an Edinburgh pub was live coverage of the Rabaa Al-Adaweya sit-in dispersal in Egypt. The act had been brewing for quite some time by then and approved by people like myself. I belong to those who saw the necessity of confronting all forces who use religion politically in an attempt to gain wide social acceptance and superiority. In other words, I am against those forces with fascist orientations, claiming to be the representatives of God on Earth, and the sole fighters for righteousness. The events that unfolded at the 2012 Ittihadiya presidential palace clashes were vitally significant for revealing how far the Muslim Brotherhood was willing to go and what they were capable of doing to preserve their status in the new regime.

My astonishment, however, did not come from the act of dispersal itself. Rather, it came from the thirst for brutality and violence expressed by the police forces involved in dispersing the supporters of the Brotherhood—without any differentiation between those who were armed and those who were not—to the extent of defying the purpose of the dispersal and revealing the true face of the regime “to come”. More obviously, the dispersal and violence was about sending a clear and intentional message about how police forces were going to deal with opponents at a time when the Brotherhood was at the top of that list, followed by the exhausted, inexperienced, delusional revolutionary forces of the 25 January Revolution.

The idea of approving the dispersal in principle, unlike the official stance of the authority, was not solely based on the sit-in being armed. According to different reports, a number of the Brotherhood’s opponents were tortured and even murdered. Of course, such reports might have been exaggerated or biased but they were still based on a certain reality that arms were present at the sit-in, foreboding possibly more violent events than before, especially with the existing polarisation of the time. However, the sit-in also witnessed a vulgar sectarian rhetoric, hate speech, and inducement of violence against every single political opposition.

Since it was enacted, Egyptian law includes clauses that prohibit and punish all such acts. Yet, the state has always used these laws pragmatically, and only implements them when beneficial to a situation, such as during the Rabaa Al-Adaweya sit-in dispersal. So, it is nearly impossible to consider dispersal by the state as a purely apolitical legal act. It would be also inaccurate to see the state’s dispersal as a defence or triumph for civil rights in light of current protests, specifically by human rights advocates. The state and the regime can claim it was all about the law, but it was never about that.

Building up popular anger towards the Brotherhood, the state went on to unjustifiably kill reported dozens, many of whom were unarmed, in an act of eradication, instead of taking them to trials to identify who incited violence and who did not. Being a member of the Muslim Brotherhood should not constitute a crime per se, unless involvement in acts of aggression or hostility is proven. Through these killings, the state and its new regime, in an attempt to fill in the political gap among the masses and certain sectors of Brotherhood supporters, only managed to create a long lasting hatred and desire for vengeance among different generations of the families of those killed. So, instead of dealing with Brotherhood supporters according to their level of commitment to violence and actions, they were all given a massive push towards radicalisation. Thus, it seems only reasonable to anticipate that society as a whole will pay the price, and not only the state.

The disgraceful applause of some of the so-called “progressive leftist” intellectuals, hand in hand with the traditional statists who cheered for the unnecessary violence associated with the dispersal, did not help this discourse. It instead ruined the already blundering and decaying of the leftist forces in Egypt, legitimatising the clearly illegitimate.

The firm stand against the Brotherhood and the dispersal of the sit-in do not justify what happened. For at the end, it is the citizens who paid the price. More importantly, the events of Rabaa show two socially and economically regressive forces, which previously enjoyed a tight alliance following 2011, but later were found fighting over the reigns of power in the 2013 presidential elections. These are forces with an intrinsic neoliberal discourse that in the final analysis have disregarded the welfare of the blue collar citizen. For me, aside from highlighting the disasters of both forces, I cannot cheer for nor defend either. For me, any talk about the middle ground is an explicit distorted dilemma.