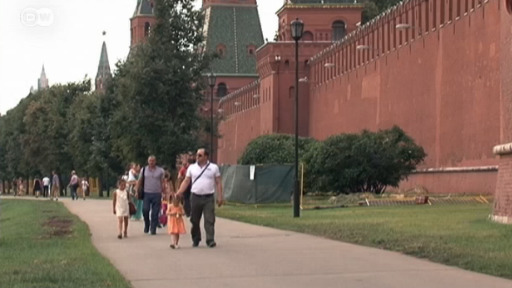 The Organization for Economic Cooperation and Development (OECD) sees a mounting risk for world economies to get caught in a longer period of subdued growth unless governments boost their spending quickly.
The 24-nation organization warned in its twice-yearly Global Economic Outlook that sluggish worldwide growth since the 2008/2009 financial crisis had “precipitated a self-fulfilling low-growth trap.”

“We are breaking promises to young people and old people. Therefore policymakers have to act to break us out of the low growth trap,” Mann added.

In the report, the OECD lowered its forecast for global growth this year to 3 percent, down from the 3.6 percent it forecast in October. For 2017, it now sees 3.3 percent growth.

The tepid economic recovery had created forces that were now working to perpetuate slow growth, it said, because businesses had “little incentive to invest” given soft demand. In addition, muted wage gains, unemployment and income inequality were holding back consumption.

The OECD’s chief economist called for more expansive fiscal policies after years of austerity, saying “almost all countries have room to reallocate spending and taxation to support growth” like investments in infrastructure as well as education. Reliance on ultra-low interest rates and stimulus measures alone had failed, she added.

Calling the need for higher government spending “urgent,” the OECD report warned of a negative feedback loop that would make efforts to revive market forces and return on the path toward higher growth increasingly difficult. Negative shocks such as geopolitical events could even tip the global economy “back into another deep downturn.”

The OECD sees the potential exit of Britain from the European Union following a referendum later this month as one such risk.

According to OECD estimates included in the report, a Brexit could reduce Britain’s gross domestic product (GDP) by 3 percent over the next four years, hitting especially investment, spending and trade in the UK. Moreover, financial market turbulence similar to that seen at the height of the eurozone crisis in 2011 could emerge.

Ireland, Luxembourg and the Netherlands would be the first of Britain’s European partners to bear the brunt in the event of Brexit, it said.

Regarding China, the OECD sees growth moderating gradually. It forecasts growth in the Asian powerhouse to slip to 6.5 percent this year from 6.9 percent in 2015. Next year, the Chinese economy is expected to expand by 6.2 percent.

The prospect of a sharp slowdown in the world’s second largest economy caused panic in world markets at the beginning of the year.

But thanks to recent fiscal stimulus provided by the government in support of economic growth, the OECD sees the Chinese economy only on a course of moderate cooling.