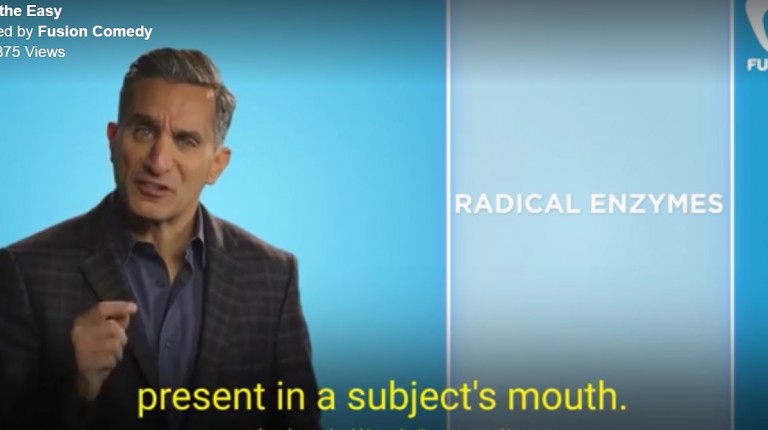 The Democracy Handbook, Youssef’s new web series, will be aired for the first time on 7 July, according to Youssef’s official Facebook. “After more than two months of shooting, [the show] is done and ready to air. We also shot a couple of sketches last March directed at the problem of Islamophobia but in a satirical way,” a Sunday statement said.

Youssef, who is often referred to as the “Jon Stewart of the Middle East”, left Egypt shortly after his show on MBC was shutdown in June 2014, after it came under fire for airing ”sensitive” content. This is despite the fact that Youssef had been running  “Al-Bernameg” for two previous seasons.

At a time when the media was experiencing a slight opening in freedom of space, Youssef’s popularity peaked under the regime of former Islamist president Mohamed Morsi. However, this changed when Youssef’s satire turned against President Abdel Fattah Al-Sisi.

“As a Middle Eastern person, to be given a chance to satirise certain aspects of American political life is quite challenging. I am doing this in a language that is foreign to me and in a country that is not mine. I have worked with lovely people in Fusion. None were Middle Eastern but all are citizens of the world who hate injustice and have the courage to criticise things in their own societies,” Youssef posted Tuesday.

A second sketch entitled “Hate Right” will be available soon.

“Xenophobia and discrimination against others because of their skin, religion, gender, views, orientation, and ethnicity is a plague that the whole world has. I hope there would be similar attempts in my own part of the world because we do have our own prejudices and intolerance,” Youssef stated.

“Satire is a great remedy for this and I hope we keep using it to bring people together,” he added.

Ending Al-Bernameg is a message louder than anything that could ever be said: Bassem Youssef