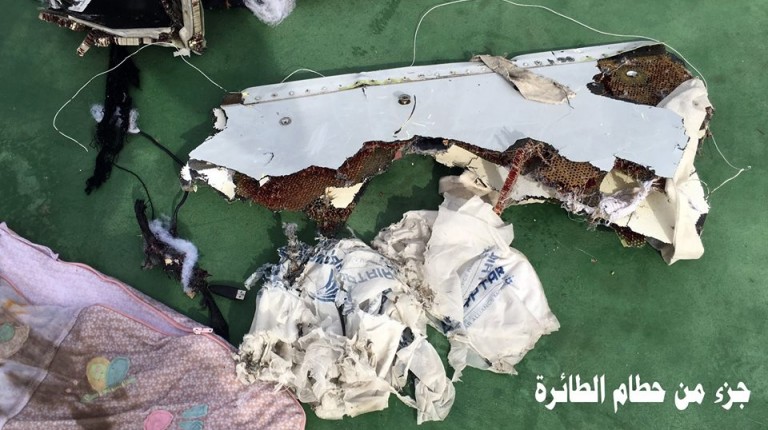 A French ship that was expected to help in the search for the black box of EgyptAir flight MS804 arrived at the crash site on Tuesday. However, officials in charge of the search said that the ship arrived without the black box signal receiver required for the search.

In addition, the ship is carrying a submarine that can only reach a depth of 3,200 metres, which is 800 metres short of the expected depth needed to reach the search area.

A government source told Daily News Egypt that the government is negotiating with American companies to purchase the signal receiver as soon as possible.

The Egyptian Navy assigned an ROV submarine to look for wreckage of the aeroplane along 50 lines of longitude across 75 nautical miles. It will spend six days searching along each line.

The source said the submarine is currently searching for wreckage on the first longitude.

The submarine’s staff advised the Navy that they may need another submarine which can reach a depth of lower than 4,000 metres, as the ROV can only reach a maximum of 3,200 metres and the wreckage may be further down.

The source said that the state responded positively and is currently in talks to find a submarine with these specifications to cover all search areas.

He explained that the submarine did not find any parts of the aeroplane in the search area thus far.

In case any wreckage is found, it will be recovered with a winch that can lift a weight of up to 150 tonnes.

The search team said in a statement on Tuesday morning that searching for the bodies of the victims and the black box is their top priority.

The public prosecutor issued decisions to obtain DNA samples from the families of the victims in order to match them with the recovered body parts.