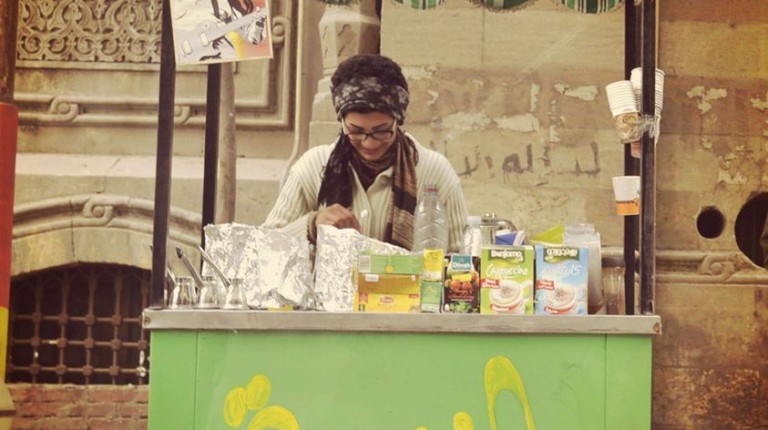 Hosted by Alexandria’s Fine Arts Museum, one of the leading cultural and artistic landmarks of the city, the second round of the Alexandria Short Film Festival wasfew days ago. Twelve Arab countries, including Egypt, Syria, Iraq, Morocco, Sudan, Saudi Arabia, Tunisia, Palestine, and Algeria participated with 73 short films and documentaries.

Under the honorary supervision of well-known producer Mohammed El-Adl, the jury included the actress Bushra, the director Amir Ramses, and the cinema critic Safaa El-Leithy who were responsible for evaluating the films and selecting the winners.

The festival’s goal is to spread cinematic culture in Alexandria and introduce various genres of short films to different social classes in Egyptian society. In addition, the festival pays great attention to Arab cultural exchange by screening animated films, documentaries, and short films from different Arab countries. The festival also organises some free artistic workshops and seminars during and after the festival to allow novice filmmakers to improve their talents and develop their skills.

“The whole thing started last year when three independent directors found out that short films weren’t the main focus of any big festival in Alexandria,” said Mohammed Sadoon, an independent filmmaker and one of the festival’s main founders.

“We decided to self-finance the first round of the festival and we invited some celebrities such as Egyptian actor Khaled Abol Naga, director Ayten Amin, and film critic Magdy Al-Tayeb who volunteered to watch the movies and judge them,” he added.

Last year, only 45 Egyptian and Arab movies participated in the festival. However, the directors had to pay for their transportation and accommodation in Egypt due to the lack of financing. Obtaining support from the government was not an easy task at the beginning because governmental institutions prefer to support organisations, not individuals.

“Everything was different this year because we received EGP 10,000 in financial support from the Ministry of Youth and Sports. We also received support from Alexandria’s Fine Arts Museum, which hosted the opening night, the finale, and the screenings,” he added.

The preparations for the festival took several months. The “watching committee” consisted of seven directors who were responsible for watching all 300 movies that applied to participate in the festival and for choosing the best. Then, the selected movies were submitted to the film censorship committee for approval. “No red lines were imposed on us regarding the selection of the participating movies, however, we were asked to notify the audience of any adult-only films,” he noted.

The best documentary award went to the Syrian movie “Searching For Abbas Kerostamy”, which was directed by Ahmed and Mohammed Malas. The award for the best feature film went to Egyptian director Sameh Alaa for his movie “Stick Abla Margo”. The Arab Creativity Award went to Iraqi director Bahaa El Kazmy for his movie “Still Calling”.

The directors of the festival are now organising two free workshops for young artists who are interested in the different filmmaking fields. One for teaching artistic and cinematic criticism and another one about producing movies using mobile phones.

“Starting from next year, the festival will be completely supported by the Ministry of Culture. I believe this must be considered a victory not only for independent filmmakers in Alexandria, but also for the audiences of the short films from different social and cultural backgrounds,” he added.

Everything in us is emotional

The new Tate Modern: the museum of the future

Berlinale: 10 things you should know about Germany’s most important film festival

Expanding the scope of Egyptian filmmaking