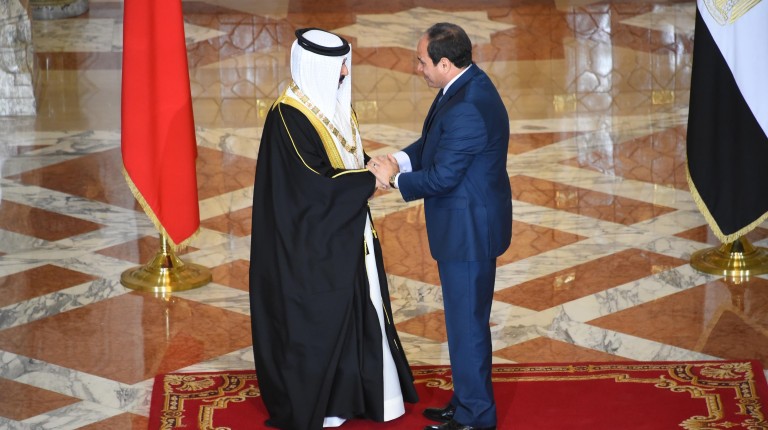 The Egyptian Exchange (EGX) signed a cooperation agreement with the Bahrain Bourse on Wednesday that will facilitate the cross-listing process between the two exchanges, according to EGX Chairperson Mohammed Omran.

Omran said the agreement will allow the two countries to cooperate in strengthening the technological and information infrastructure of the Bahrain Bourse.

“The agreement will contribute to facilitating the flow of investment between the two countries, among Egypt’s efforts to strengthen economic ties with Bahrain,” adds Omran.

Bahraini King Sheikh Hamad bin Isa Al-Khalifah began a two-day visit to Cairo on Tuesday. The Bahraini king is joined by a delegation that includes a number of Bahraini investors and ministers aiming to activate economic relations between the two countries.

Omran said the agreement is an important step towards strengthening the EGX’s relations with other Arab exchanges, especially with regard to cross listing. The EGX focuses on attracting regional companies to be listed in the local market in order to deepen the market and consolidate the Egyptian market’s leadership in the region.

According to Omran, the two exchanges will cooperate in strengthening the technological and information infrastructure, relying on the experiences of Egypt for Information Dissemination, affiliated to EGX, in the field of capital market systems, whether for the administrative organisation of the market or the different parties of the market.

The agreement was signed by the CEO of the Bahrain Bourse Ibrahim Bin Khalifa Al Khalifa and in the presence of Bahraini Minister of Industry, Commerce, and Tourism Zayed R. Alzayani. The signature was followed by sounding the bell for the opening of the trading session to celebrate the signing of the agreement and the cooperation between the two exchanges.

According to Al-Khalifa, the agreement will raise the level of cooperation between the two exchanges, and will positively impact relations between all the components of the capital sector in the two countries.

The agreement will definitely work on paving the way to create many investment opportunities for all investors, according to Al-Khalifa, hoping that the agreement will contribute to listing Bahraini companies in the EGX and Egyptian companies in the Bahraini Bourse, which leads to finding common interests reflecting on the relationship between the main components of the capital sector in the two countries.