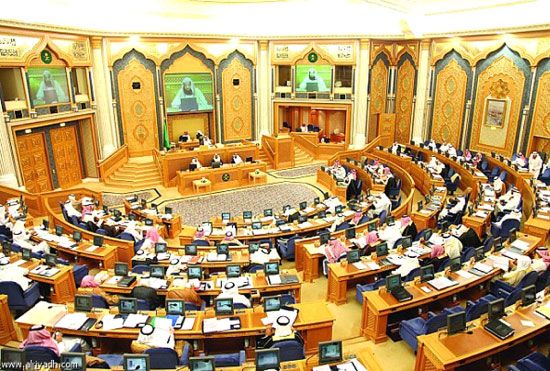 The Saudi Shura Council reached a consensus on Monday regarding the demarcation of maritime borders between Saudi Arabia and Egypt.

In a statement following the session, deputy head of Saudi Shura Council, Yehia Ben Abdullah, said the council approved the agreement after its members listened to a report from the External Affairs Committee that stressed the importance of the agreement, both to Egypt and Saudi Arabia.

The council also heard statements from a number of its members who confirmed that the agreement is an important step in enhancing relations between Egypt and Saudi Arabia.

The agreement was signed earlier this month to demarcate the maritime zones in the Red Sea between Egypt and Saudi Arabia. This deal would see the cessation of Egypt’s sovereignty of the islands, Tiran and Sanafir, to Saudi Arabia.

In the wake of signing this agreement, there were controversial public debates about the decision over the rightful ownership of the Islands.

On social media, regime supporters attempted to prove that the islands belonged to Saudi Arabia. However, rights groups and activists accused Al-Sisi of selling the Egyptian territories.

On 15 April, there were several anti-government protests that took to the streets opposing the agreement and accusing Al-Sisi of “selling” the islands.