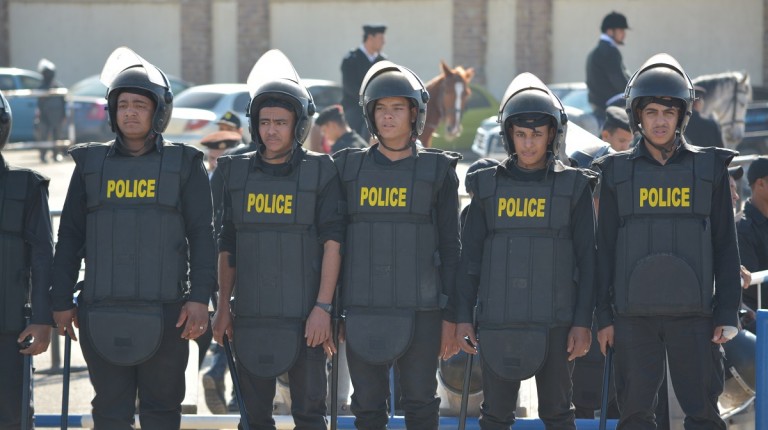 A group of leftist politicians stated they are against hosting a public referendum over the heavily contested maritime border agreement signed with Saudi Arabia, arguing that Tiran and Sanafir islands should not be subject to ”selling” under any circumstances.

In a Wednesday press conference organised by the Al-Karama and the Socialist Popular Alliance (SPAP) parties, party members expressed their rejection of Egypt being subordinate to Saudi Arabia, demanding the agreement be annulled.

The party members called for mass protests on 25 April. Organisers will lead a protest march to  parliament to demand the withdrawal of confidence from the cabinet over what they describe as a breach in the constitution.

Article 151 of the constitution stipulates that the president can conclude and ratify treaties upon approval from the House of Representatives. The article adds that voters must be called for a referendum on treaties related to making peace and alliances, in addition to those related to sovereignty rights.

Rights’ lawyer Tarek Nagida spoke at the conference about the constitution’s article, focusing on the last paragraph, which states that “in all cases, no treaty may be concluded which is contrary to the provisions of the constitution or which results in ceding any part of state territories”.

“Therefore, there can be no cabinet or parliamentary approval, or even a public referendum on ceding Tiran and Sanafir islands,” Nagida said.

MP Haitham El-Hariri, a member of the 25/30 parliamentary coalition, said that although he will not be participating in the protests, he endorses them and hopes they will be significant in size. “Protests play a supporting role in the decision-making process, and we need those voices to be able to represent them inside parliament,” Hariri said.

The parliamentary member criticised the circumstances surrounding the signing of the agreement. “It was the right of the people to be included in a process that was so suddenly announced. If Egypt had done this under US or other foreign pressure, it is the duty of the people to take to the streets in defence of the nation,” said El-Hariri.

Maasoum Marzouk, a co-founding member of the Popular Current Party and one of the special Armed Forces deployed to Tiran during the conflict with Israel, questioned the state’s login in handing over sovereignty to islands that “have always belonged to Egypt”.

“The government claims that Saudi Arabia had asked for Egypt’s military protection of the lands,” said Marzouk. “However, there is no logic in such a request because at the time Egypt was under British colonialism and its control of the islands and passing through the Suez Canal was restricted.”

Marzouk said he thought the documents presented by the government were “unreliable”, and that it was ”shameful” that the state shut the door on conversations with society.

SPAP leader Medhat El-Zahed further pointed out what he called ”drastic and threatening” repercussions of the agreement. “Now Israel is defending the Golan as theirs, and the Sudanese want to claim Hala’aib and Shalateen. We will soon hear about Libya asking for Marsa Matruh.”

“We are not working against the interests of our national security, but we do believe our borders are at risk,” said El-Zahed. “The people woke up to a new map, with previous knowledge by the Americans and the Israelis. Borders are defined by geography, history, and blood, not by such agreements.”

At the beginning of the conference, Secretary-General of Al-Karama Party Mohamed Samy said  the legal and constitutional management of the borders issue by the state was shocking to public opinion.

The speakers also raised the question of whether it was appropriate for Egypt to announce the agreement during the visit of Saudi King Salman bin Abdul Aziz Al-Saud to Cairo, accompanied by investment agreements.