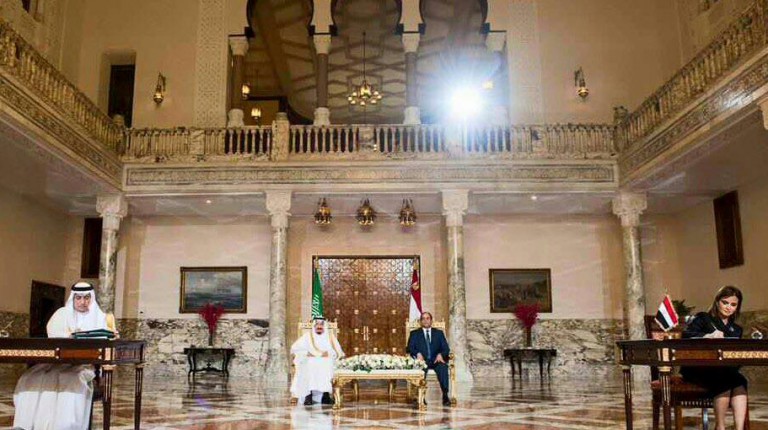 Mohamed Abo El-Enin, an Egyptian businessman and the president of the Egyptian-European Business Council, said businessmen have to support political leaders.

Abo El-Enin noted that Saudi investors insist on continuing and developing their business in Egypt due to the large market and new mega projects, such as the Suez Canal Area Development Project, new urban communities, and projects in South Valley.

Minister of Industry and Foreign Trade Tarek Qabil said Egyptian-Saudi relations are a balancing force for stability in the Arab world, both politically and economically.

Qabil declared that the ministry’s strategy aims to deepen domestic industry and develop it at a rate of 8% annually to meet the government’s aim to have industry contribute 22% of GDP.

Qabil called on the Saudi business community to invest in the Egyptian market and take advantage of special opportunities in light of the strategic location of Egypt, which has become a manufacturing centre for the export of products for other economic blocs to which Egypt is party. Through these economic treaties, Egypt has access to 1.6 billion consumers.

Saleh Al Salmi, the undersecretary of industry affairs at the Saudi Ministry of Commerce and Industry, said that the Saudi market hosts 7,000 factories that have garnered investments of SR 1.1tn.

Al Salmi said the Saudi government has implemented a package of measures that have contributed to the reduction of the processing time for the issuance of commercial licences to only three minutes, via an electronic system.

In addition, the Saudi government has matched financing for industrial projects equivalent to 50% of the size of the investment, up to 75% depending on the importance of the project through the Saudi Industrial Development Fund.

Al-Otaibi noted that the Saudi Kingdom is among the 20 major economies in the world, and fourth in terms of stability.

He pointed out that Saudi Arabia aims to attract foreign investment of SAR 1tn in the coming period.