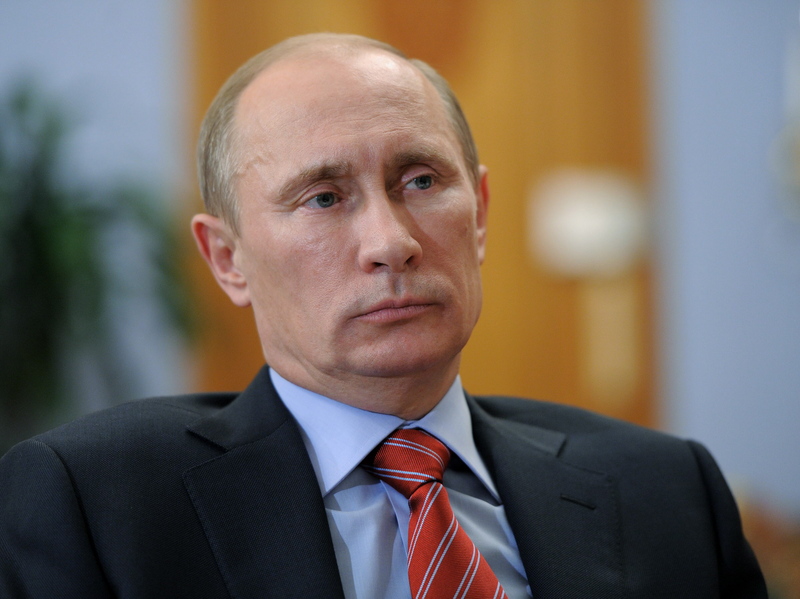 Since Russia was declared to officially be present in the Middle East, and following the extended presence of its military in Syria, speculations splashed media platforms around the globe. Observers saw Russia’s decision to enter Syria as a long-term strategy, so the abrupt announcement of Russian president Vladimir Putin to withdraw most of his forces from Syria made friends and foes alike scratch their heads in bewilderment.

Putin commanded the “the main part” of his troops in Syria to pull out. The exact words he uttered to his defence minister Sergey Shoigu were: “The task presented to the defence ministry and the armed forces has been completely fulfilled.”

Examining the avowed goal for Russia’s operation in Syria six months ago is a stepping stone in analysing what “task” Putin is talking about. Fighting and destroying “Islamic State” (IS), after the US-led campaign proved to be an “abject failure”, was the primary goal, and taking a pre-emptive move to abort any efforts to export those radicals back to Russia was the secondary goal. Nonetheless, neither IS nor Al-Nusra was defeated and Moscow has no solid evidence that those terrorist groups are now unable to send their radicals back to Russia.

Accordingly, Putin’s recent remarks refute the declared goal in the first place. This conclusion takes us to the other expected birds Russia was aiming to kill with one stone—which is the intervention in Syria. Among the various goals for which Russia was aspiring from this intervention were bolstering Russia’s military, and hence its strategic, presence in the region, preventing the fall of Al-Assad and balancing the military operations on ground, dictating its political will on any future regime, neutralising the mounting Iranian leverage on Syria and weakening Al-Assad’s rivals. Apparently, over the past six months Moscow was able to relatively realise most of the aforementioned goals.

Russia proved to be a key player and a significant element in the Middle East equation and the Syrian issue in particular. Militarily, while much of the equipment and manpower were being loaded out, Moscow emphasised that the Russian airbase in Hemeimeem and a naval facility in the Syrian port of Tartus will continue to operate. Russia indicated that the advanced S-400 air-defence system, three Sukhoi Su-34 combat aircrafts and a Tu-154 transport plane, would remain in Syria. Experts expect that air force and naval assets also will be left behind. After all, Moscow was able to reinforce the strategically important military base in Tartus and founded a new one. Thus, Russia was able to not only secure a solid footprint in the Middle East and overcome the international isolation brought about as a result of its intervention in Ukraine, but it also extended its political sway.

Russia’s intervention turned the tide of war and tipped the balance of the combat operation back towards Al-Assad. The Western-backed “moderate” opposition was weakened and Al-Assad’s forces began to regain lands that they lost before the Russian intervention. Consequently, Russia asserted itself as the pioneer of this new political process. Brokered by Russia and the US, a ceasefire with Al-Assad still in power was forced and diplomatic efforts stepped up to secure peace deal negotiations. One must concede, thus, that Russia was able to manoeuvre itself into a position of real leverage and include Al-Assad and his regime in any peace talks. Meanwhile, Iran’s role in these peace talks appears marginal when compared to Russia and this fulfils another unspoken goal by Moscow.

Some Arab media channels contended that differences of opinion between Putin and Al-Assad led the former to shortly thereafter announce the pull-out plans. Differences, according to these channels, arose from Al-Assad’s talk of re-controlling the entire country that may ruin any potential for a political solution. Some other Arab sources suggested that Putin’s decision comes in light of the mounting Sunni dismay from Russia’s plans in backing Al-Assad, who is Alawite-Shi’a. Both arguments can be true, yet neither answers the crucial question “why now?” nor assumes that Putin had these calculations before the outset of his operation.

Perhaps the answer is a confluence of all various considerations, yet the keyword is “peace talks”. Russia had limited objectives in remaining long in Syria. According to Reuters, the Russian campaign has cost Russia nearly $800m. With Russia’s economy under sanctions, Moscow is fully aware that it cannot afford to sustain a long-term combat operation in Syria. Thus, the goal was to realise the strategic objectives (defeating the capacity and capability of Al-Assad’s rivals and providing him with a better position in the negotiations) in due time and then begin redeployment.

From day one, Russia was looking for an exit strategy. With Al-Assad’s improved position on the ground and a Nato intervention option no longer possible, so Moscow seized its moment during the launch of a serious political process. Russia’s ally has negotiated from a position of power and in case the peace process produces tangible results, Russia alleviates itself from any future commitments. Hence, Russia’s goal was purely operational and was not to delve into a nation-building operation.

Moreover, Moscow aims to evade any conflagration with Turkey (in case the latter plans to intervene in Syria) and focus more on the Ukrainian issue. The timing of Moscow’s announcement was hugely significant, especially when it is in need of more allies that can back its position in Ukraine. Russia’s decision sent a positive signal and was warmly welcomed by many countries, mainly Arab states. This would ultimately help Russia to repair relations with the Sunni states that criticised the Russian intervention in Syria.

So far, imaging that Russia will abandon Syria is unrealistic, and thus Moscow’s decision is purely tactical and timely. After securing a foothold and loyal ally, Putin used the first opportunity to begin withdrawing his troops, whose mission was deemed to be limited in scope and time. Nevertheless, the only element that has been missing and playing no role in the Russian and others’ considerations is IS and the fight against terrorism.

Fadi Elhusseini is a Doctoral Candidate at the University of Sunderland, UK, is an Associate Research Fellow (ESRC) at IMESC, Canada and a Palestinian diplomat in Egypt.

Russia must be ready to face ‘aggressive actions’ from NATO, says Putin

The Syrian tunnel and the spring