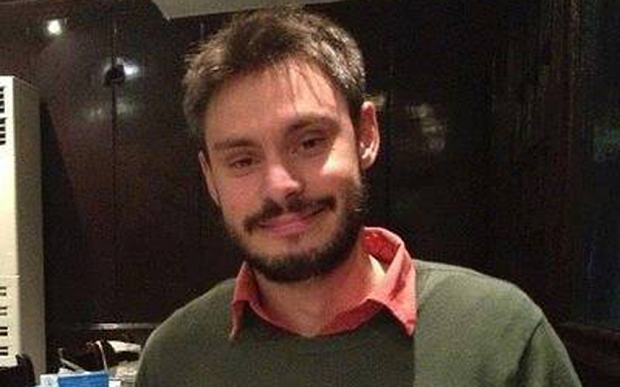 The Free Egyptians Party highlighted the importance of responding to the recommendations of the European Parliament resolution adopted on 10 March, during a press conference held Monday.

The conference was held to express the party’s position regarding the EU parliament’s resolution, amid condemnations of the EU’s statement by the Egyptian Foreign Ministry, House of Representatives, a number of public figures, and the media.

According to the FEP’s official spokesperson Shehab Waguih, the EU parliament’s adopted text did not “point fingers to Egyptian security authorities in the torture and killing case of Regeni”. Moreover, Waguih categorically rejected in the name of the party claims that the European Parliament’s resolution was a “conspiracy against Egypt” or that it “attacked the Egyptian state”.

The party announced that its chairman Essam Khalil is scheduled to meet on Tuesday with a local EU representative, following the adoption of the non-binding resolution, which recommends that member states suspend military aid to Egypt.

Last week, the European Parliament issued a draft motion for a resolution concerning the status of human rights in Egypt, notably highlighting the case of Giulio Regeni as an example of alarming conditions for human rights and freedoms.“Egypt’s message to the world cannot be that ‘we know of, and will continue, violations of human rights’; there is no debate with regards to the necessity of condemning the torture and murder of Regeni and any citizen,” Waguih added.

The EU parliament discussed the draft resolution on Thursday, which was followed by a vote in favour of adopting it. The adopted text included the EU’s evaluation and stance on human rights in Egypt.

“We believe there is a misunderstanding of the EU parliament’s message to Egypt,” Waguih said during the conference. “Most criticisms of the resolution are addressed to the draft motion and not the final adopted text,” he added.

Further, the EU stressed upon strategic cooperation with Egypt and did not threaten to suspend financial aid, Waguih noted. “On the contrary, the parliament supported us in countering terrorism.”

The EU parliament stated in its resolution that it “underlines the importance that the European Union attaches to cooperation with Egypt as an important neighbour and partner, and Egypt’s role in ensuring stability in the region; shares the concerns of the Egyptian people about the economic, political and security challenges facing their country and the region; condemns the terrorists’ attacks on Egyptian civilians and military”.

Nonetheless, Egypt strongly condemned the EU statement, claiming it was “unfair” and based on “unproven accusations and baseless media reports”, according to a statement by the Foreign Ministry, which also claimed the EU had interfered in the country’s internal affairs.

Meanwhile, Waguih stated that the FEP takes all reports addressing human rights issues in Egypt seriously, including those issued by local NGOs.

“Sometimes we have an announced stance such as our condemnation of the killing of a driver by a policeman. In other cases, we are less focused on expressing an opinion to the public as much as we are keen on contacting authorities on a particular issue. The elected parliament will also allow for new measures to be taken regarding the improvement of human rights, and finding a balance between economic prosperity, counter-terrorism and human rights,” Waguih said.

“Egypt must be fully aware of the importance of the EU parliament if it wants to be integrated in the global market and become a civilised nation that is engaged with the international community,” Waguih concluded.

No rush over Red Sea islands until truth is revealed: parliament speaker