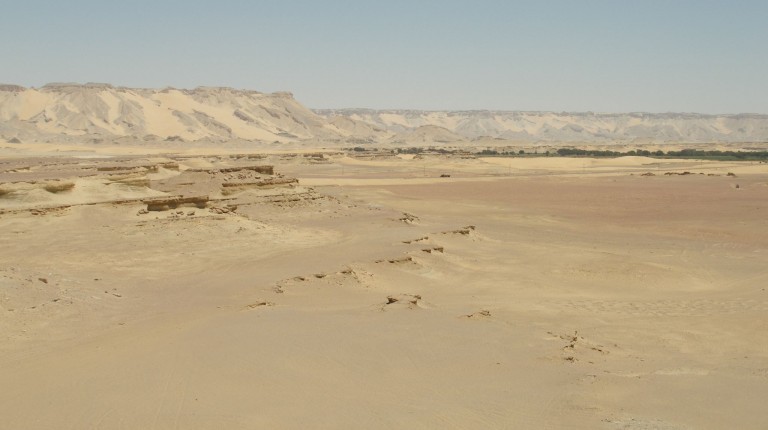 A lawsuit was passed by the Administrative Court that mandates the Ministry of Foreign Affairs to call on the United Kingdom to take legal responsibility for the massive number of historical landmines laid in Egypt’s Western Desert.

The case, passed in July but only making the news this week, calls for a British apology, compensation, and legal responsibility for the removal of the estimated millions of mines that still lie in the desert from World War II, which have caused thousands of deaths and obstructed development.

According to reports in local media, the case mandates the foreign ministry to extract the concessions, and if unsuccessful diplomatically, then pursue the case via international courts. It was first submitted by an individual lawyer named Hameedo Gamal Elbrins in September of 2013.

A spokesperson at the Ministry of Foreign Affairs confirmed the case to Daily News Egypt and said that their legal department is currently studying the ruling before deciding on how to progress.

A spokesperson at the British Embassy in Cairo also told Daily News Egypt they are aware of the ruling. “The UK has played a full and active role in mine-clearing partnership with Egypt since 2006,” the spokesperson said. “We have provided maps and financial support to a joint EU-UNDP programme to develop the North West coast, clear the areas of mines, and reintegrate mine victims into the economy.”

“Funding for phase I of this project totalled $2.4m, and phase II of the programme, which was launched last October, totals $5.3m,” the spokesperson continued.

During the battle between Allies and Axis troops, millions of landmines were laid and still lie active, rendering large amounts of Egyptian terrain unusable and inaccessible for development.

Egypt is thought to host the most landmines of any country in the world, with the estimated 23m explosives accounting for 20% of the global total, mainly spread across the Western Desert and Sinai.  Egypt says that in the 25 years prior to 2009, around 7,923 people fell victim to the landmines which were never accurately mapped, resulting in 3,200 deaths.

According to the State Information Service, the battle between German and British troops in the Western Desert left behind around 17.5m mines, extending from Alamain to the Libyan border at a depth of 40km from the Mediterranean coast in tothe desert, meaning that the area, which accounts for more than one fifth of Egypt’s total surface area, is off-limits for development.

According to the SIS in 2009, the clearance of the 17.5m mines in the El-Alamain territories will require over $20bn. In recent history, various international bodies have provided support for Egyptian demining operations, and the SIS notes that Britain offered a grant of $500,000 towards 1994 operations.

Egypt says that financial, geographical and financial problems have hindered the removal of the millions of explosives. The landmines are reported to have left almost 700,000 acres of Egypt’s arable land useless, approximately 10% of the country’s total cultivatable area.

The mines obstruct access to areas which are believed to be rich in oil and mineral resources, such as natural gas and petroleum.

The strip of the North Coast became the battleground for hostilities between 1940 and 1943, as Axis forces of Italian and German troops fought Allied troops, including Britain and Egypt, for control of North Africa. As much of this warfare was tank-based, landmines were widely used.

The other estimated 5m landmines in the Sinai Peninsula were left through various confrontations between Egypt and Israel in 1956 and 1973.

Egypt has previously run university competitions for students to design ground and air technology that could locate and map minefields.

In 2013, Egypt purchased a mine-clearance machine from a UK producer through financing provided by foreign grants. The $1.2m purchase also provided training for troops to use the Armtrac 400 machine.