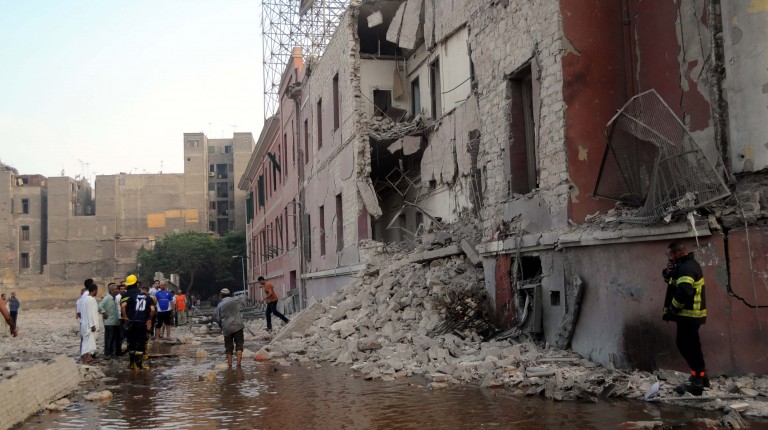 Tourism investors expressed concern over the impact of the latest terrorist attacks in Egypt on tourism bookings for the coming winter season.

According to workers in the hotels sector, the latest two explosions in Cairo will result in a step up in warnings by several European countries against travel to Egypt.

On Saturday, the Italian consulate was defaced by an explosion which killed one person and injured 10. The incident took place a little over a week after the assassination of Prosecutor General Hisham Barakat.

The Ministry of Tourism negotiated with Italian and Polish companies to pressure officials in their respective countries to reduce the latest warnings, issued in the past few days.

On Saturday, the Italian Ministry of Foreign Affairs warned its citizens against travelling to Egypt unless for matters of urgency. Poland further raised its warning-alerts to the third level during the last period.

Speaking to Daily News Egypt, a tourism sector official said they plan to decrease these warnings and avoid warnings from other countries, adding that the European market represents 72% of total Egyptian tourism annually. Countries on top of the market are Russia, UK, Poland, and Germany.

According to the official, the latest events have destroyed any hope for increasing the tourist flow to 700,000 tourists by the end of the year.

Rady added that the warnings on Egypt will affect tourism for the upcoming summer season. The events will not only affect Marsa Alam, but they will also affect the North Coast where many Italians go.

Occupancies in Marsa Alam are currently at 30% to 70%, according to Rady, who added that Egyptians represent a significant percentage of occupancies currently.

Rady expects that occupancies will reach 80% next week, and that they would decrease to less than 30% following Eid holiday for Egyptians.

As per Anwar Helal, an investor in the North Coast, Italian tourism represents 40% of the foreign tourism to the area, and the latest events indicate that occupancies will go down in the summer season.

Helal hopes that the Italian consulate explosion would not hugely impact the Italian market, especially since the market received one million tourists in 2010 but retreated for the past four years.

Tourists coming to Egypt for the past year were 10 million tourists, according to the official, who added that these events make it difficult to attract the 12.5 million tourists targeted by the ministry.

Income from the tourism sector and the Suez Canal are important for the Egyptian economy to acquire foreign currency.

Hesham Ali, Head of the Tourism Investors Association in South Sinai, requested that the Ministry of Tourism take a step to face the crisis. He said that “the issue is turning into a catastrophe, and we must move fast to solve this”.

According to Ali, Sharm El-Sheikh occupancies are now at 40%, and they may increase during Eid holiday.

“The crisis can be managed through opening new direct communication channels with the foreign companies that promote the Egyptian tourism programmes and heavily promote Egypt in new markets not just Europe. We also need to diversify the tourism market for Egyptians,” added the head.

There is a large-scale security presence in the coastal areas of the Red Sea, which raises Egypt’s capabilities to promote for tourism, especially in Russia. This is in light of the recent slight rise in the value of the Russian rouble against the US dollar.

However, Rady believes that the impact of the recent events will be long term, to affect the next winter season, which would increase the sector’s losses.