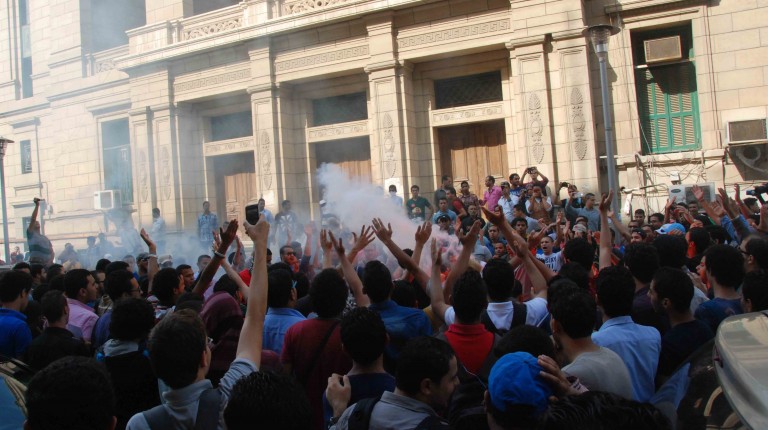 A demonstration was stopped by Falcon security guards, with activist group Students against the Coup (SAC) posting photos on its official page.

According to students, there were clashes between some students and security guards. Central Security Forces occupied the campus, and the University gates were closed following the clashes which were continued outside.

She added the reasons for the clashes were “unclear”; however she saw people walking outside the University carrying melee weapons.