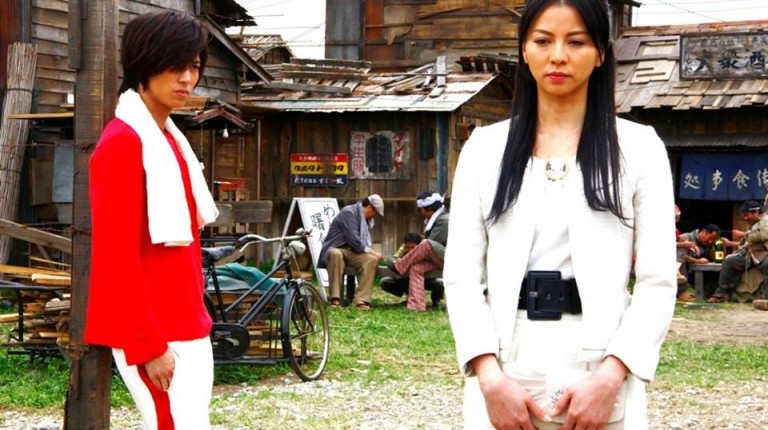 Seven masterpieces of Japanese cinema, never before shown in Egypt, are set to treat Egyptian cinephiles at the annual Japanese film festival premiering on 15 February.

The festival’s theme is “Renewed Hopes”, and features a variety of film-making styles from boxing action drama “Tomorrow’s Joe to the Calm”, subtly paced “Kamome Diner”, about a trio of Japanese women opening a restaurant in Finland.

Masakazu Takahashi, the festival’s curator and director of the Japan Foundation, the festival’s organiser, said the theme was chosen to offer Egyptians a glimpse of overcoming political and social instability. This is particularly so in a country that has been facing such instability since the beginning of the Arab Spring, where popular protests in January 2011 saw the ouster of former president Hosni Mubarak.

Two particularly notable films in the festival were the 2010 animation “Colourful” directed by Keeichi Hara, and the 2009 sports drama “Feel the Wind”.

“Colourful” blends the trials of dejected adolescence, themes of suicide, out-of-body experiences, angels, having a greater mission in life and second chances, into a meaningful cartoon

“I think young people can sympathise with the main characters life, trying to take the purpose to live,” said Takahashi. He noted that the film was a lesson in learning to understand life’s changes and dealing with problems more proactively.

“Feel the Wind” focuses on a group of ten college runners competing in a uniquely Japanese athletic event known as the Ekiden, a relay race ran by a ten man team along the distance of a marathon. The actual competition, Takahashi says, is gruelling, and the film has a very “moving” portrayal of friendship and team work under pressure, a lesson he hopes Egyptian viewers will relate to currently.

Though none of films are political in nature, Takahashi said: “I hope Egyptians will find a new future”. He also said he hoped that it would establish a stable situation, though he did not endorse any form of politics or activism, just a wish that the films would help Egyptians to rebuild their country.

The office of the Japan Foundation is in only a few blocks away from the “hot spot” of Tahrir Square, which has seen popular protests and clashes. Takahashi hopes that, as well as the films giving a deeper understanding of Japanese culture and presenting “a unique Japanese viewpoint”, the festival offers a different point of view for Egyptians to overcome their present problems facing the country.

The Japanese film festival will be happening at The Artistic Creativity Centre at the Cairo Operain Zamalek.