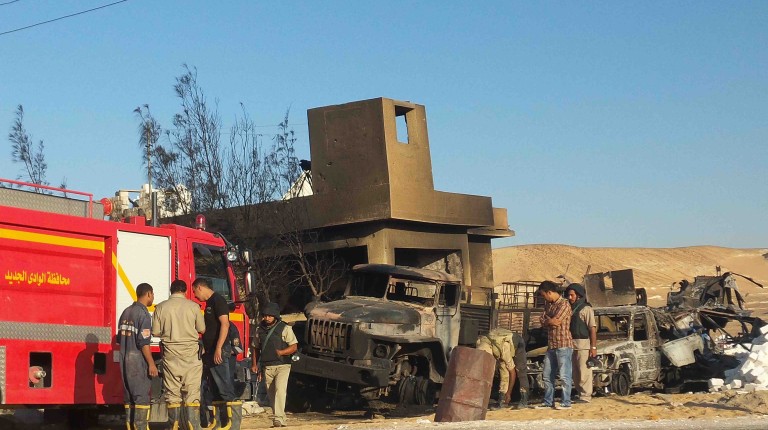 One conscript was killed and three police personnel were injured Sunday morning when unknown gunmen attacked a checkpoint in Banha, state media reported.

Anonymous armed men fired at a security checkpoint in the governorate of Qaliubiya while they were securing the road that leads to Gharbeya and Menufiya governorates.

The attack resulted in one casualty due to gunshots to the head, the injury of three police personnel, and damages to the police car. The three injured persons are currently hospitalised at Banha University Hospital.

Attacks on military and police personnel have been frequent throughout Egypt since the ousting of former Islamist president Mohamed Morsi in July 2013. Both military personnel and police officers have been targeted at police stations and security checkpoints, through drive-by shootings or planted bombs.