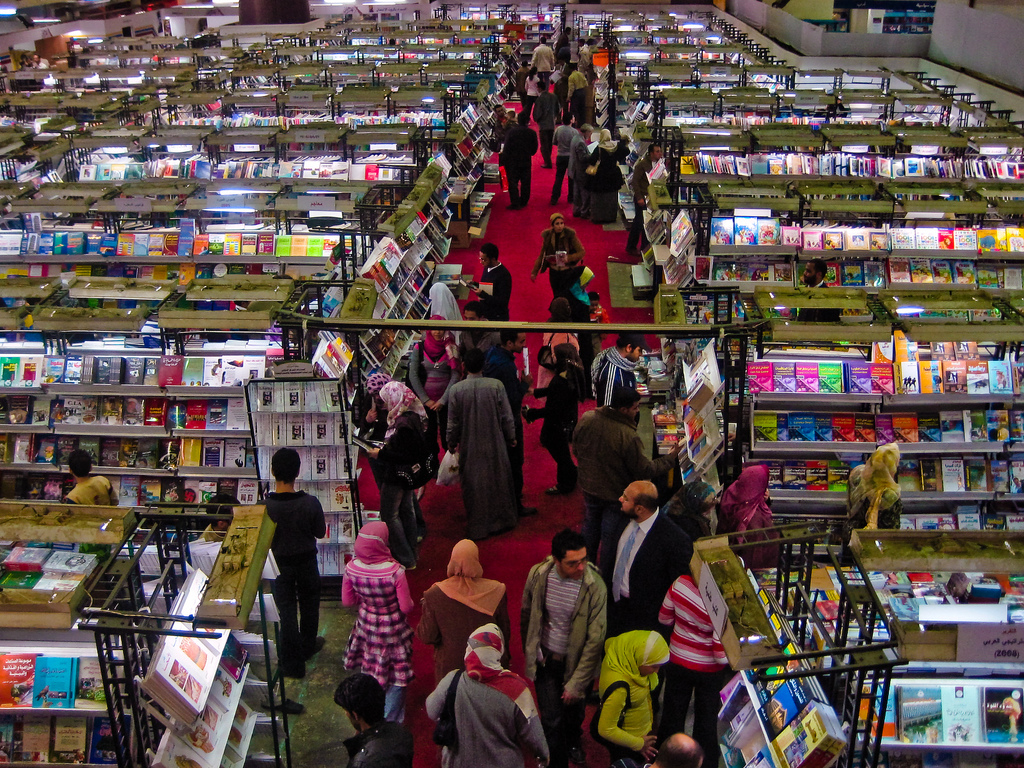 The stage hosted a professional cosplay group flown in from Japan, as well as karaoke performances of animé theme songs. There was also a band that performed rock cover versions in Arabic and Japanese, which the crowd sang along lyric-for-lyric.

Most importantly, said Ahmed Shamy, one of the event’s main organisers, the convention offered fans of Animé, who sometimes face opposition from peers and parents for watching cartoons, a community to gather, interact, and feel welcome.

“There’s a lot of parents that don’t agree with their kids watching ‘cartoons’”, said Aya Amro Galal, a teacher from Alexandria. “They insist that their kids should have other things to do besides wasting their time.”

For Sara Raghet and her three siblings, convincing their parents to let them attend was an uphill battle “We fought to come here,” Sara said, who was dressed as the Two Face villain from Batman.

Adding:  “Animé gives us purpose to have dreams. Most Egyptians don’t like it. They make fun of us, they say it’s for kids.  But we don’t care. We find people like us here.”

Though their pastime of watching animé has been derided as “immature”, many of the attendees said their love of the genre came from its mature themes and deep story lines.

Heba Tallad Waleed, a third-year business student said: “The story is unexpected. It’s not for kids.  You can’t predict what is going to happen.  I feel like it has some purpose. Japanese culture embraces all different cultures.   They do not fight with other cultures. It’s classy. It’s a very elegant culture.”

Still, many parents from a generation not quite familiar with the genre of Japanese animé chaperoned their children to the convention and were happily surprised, such as Navine Lahetta, a mother-of-two who came with her children and nephews. “I said to my daughter, I don’t support her decision, but I will attend the show with you,” she commented.

Lahetta expected a “child’s game and not a real life festival”, and added with a smile “obviously I will make the convention next year”.

Shamy emphasised part of the success of the event was the attitude of inclusion for all attendees, mentioning last year the organisers threatened to throw out some people who made fun of a performer wearing a hijab.

“There aren’t a lot of otakus [the Japanese term for animé fanatic] so this is really special to us. We gather only once a year,” he added. “We can’t find people who relate to or find similar interests in normal social circles. We can’t find people as dedicated as us”.

Amro Massaly, a pharmacy student, added he had been waiting for an animé convention since he had started watching animé.  “I wanted to go to Japan for the one reason of going to a con, but it came to me here in Egypt. This is the best thing to happen in my life,” he said.