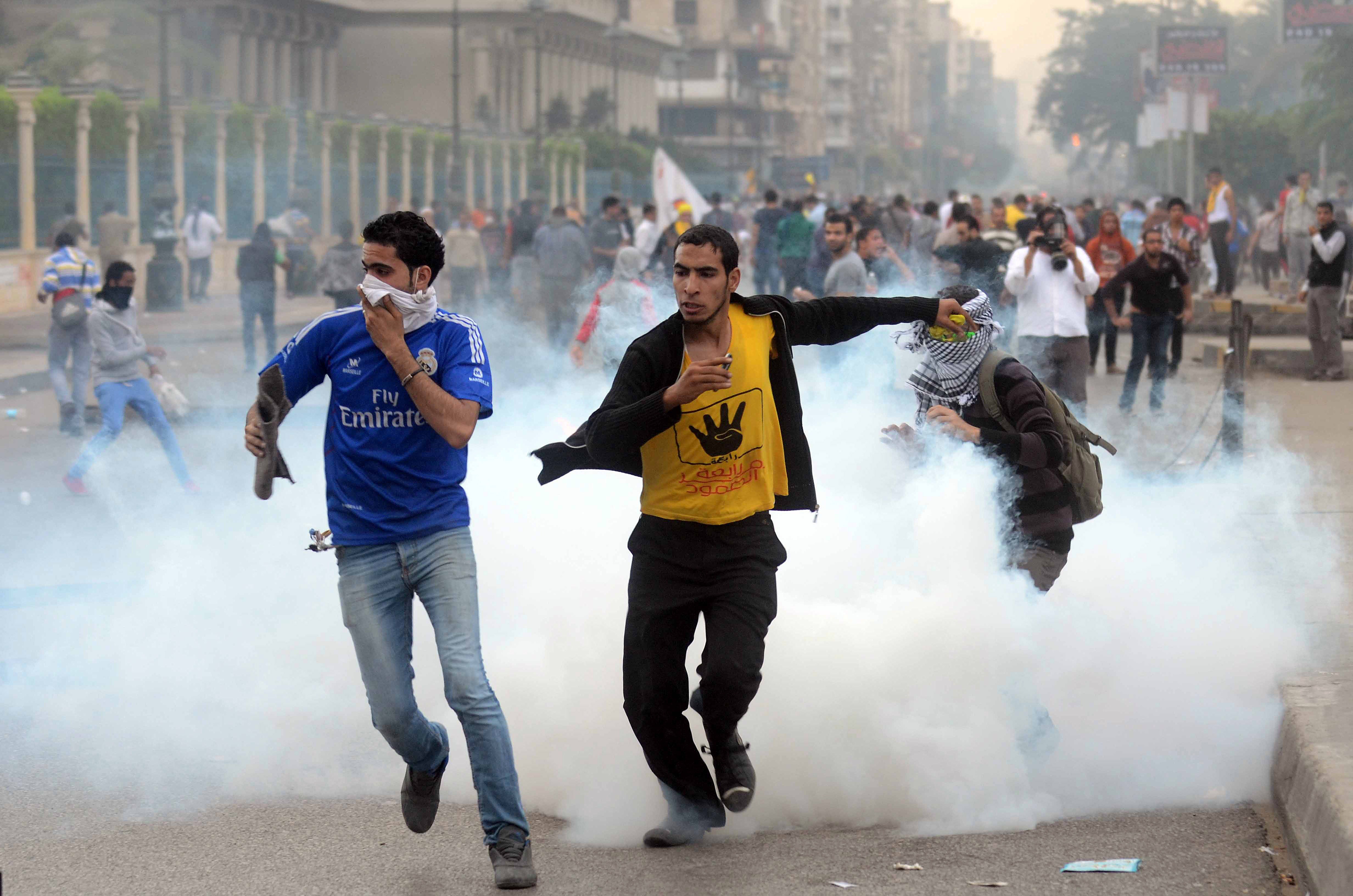 Security forces have arrested dozens of alleged Muslim Brotherhood members in Fayoum, on suspicion of involvement in attacks against state institutions and in relation to protests on Friday.

A total of 43 people were detained after prosecution issued arrest warrants for their alleged involvement in separate incidents in Fayoum, state-run news agency MENA reported. These include suspects in the burning down of a police facility in the city in August 2013, and people suspected of attempting to burn down a courthouse earlier this month.

During Friday protests in Fayoum on 7 November, clashes broke out outside a court between protesters and police forces, leaving one student dead.  State-run newspaper Al-Ahram reported that Molotov cocktails were thrown at the court, burning down the trees at the entrance.

Another six people, also purported to be Brotherhood members, were arrested in Alexandria during Friday protests. Since the ouster of Mohamed Morsi in July 2013, his supporters have taken to protest on Friday, usually starting from mosques following the Friday prayers.

The arrests in Alexandria took place after clashes broke out between protesters and police forces, MENA reported, with security forces eventually dispersing the protests.

The dispersal of pro-Morsi sit-ins in August 2013 resulted in the deaths of hundreds of protesters and scores of police personnel, in addition to hundreds arrested. Small-scale demonstrations have continued ever since, often leading to clashes with security forces. Friday protests on 7 November left two dead, both of them students, and five injured.

A coalition of parties and groups that support him known as the Anti-Coup Alliance was formed, including the Brotherhood. The alliance rejects the current authorities and considers their rise to power a coup. Al-Haddad said that the Brotherhood has been “peacefully” protesting as part of the alliance, “against the military dictatorship”.