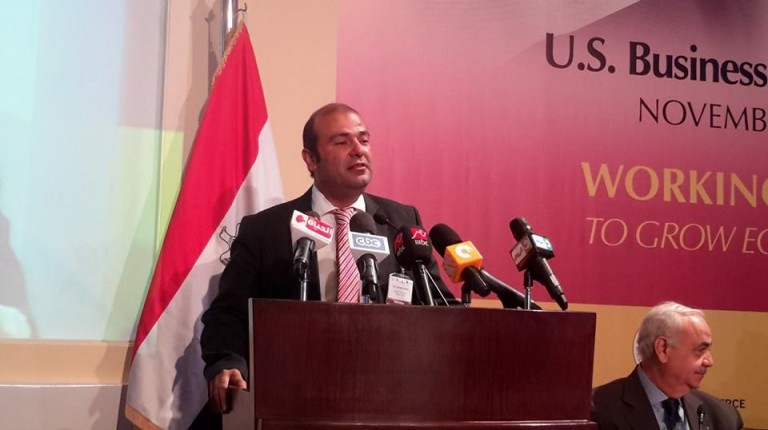 The Ministry of Supply and Ministry of Petroleum will announce a new project within the next three weeks, to convert cooking oil into diesel, said Minister of Supply Khaled Hanafy.

Hanafy made the comments on the project, which will see the two ministries cooperate, as he opened the second day of the US Chamber of Commerce conference.
Hanafy said the Egyptian government successfully introduced a new system for food subsidies, providing each deserving citizen with EGP 39 per month.

Sherif Ismail, Minister of Petroleum, discussed the challenges the Egyptian governments faced between 2011 and 2013. He emphasised that the government is currently working on overcoming those challenges.

The minister highlighted that the money owed to foreign partners has reached $4.9bn.

Ismail said the ministry is seeking to bridge the gap between demand and supply of petroleum products within the next five years.

The petroleum minister said that implementation of projects totalling $10.9bn are expected to start.

Minister of Housing and Utilities Mostafa Madbouly said the government has been working on attracting investments in the construction sector. He added that several investment opportunities will be announced during the economic summit, which will be held next March.

Egyptians reside on 6% of the country’s land, the housing minister noted, stressing that the government will work on doubling this percentage within the coming period.

Madbouly added that one of the main challenges facing the government is increasing demand for residential units and the increasing population.

Minister of Electricity Mohamed Shaker stated that a wind power plant with a 547 Mw capacity was constructed, adding that a 140 Mw solar power plant was also built.

Shaker said that long term agreements will be signed with companies, 20 years for wind energy and 25 years for solar energy, which will create revenues for both the government and the investor.

The minister mentioned that the price for the feed in tariff will be lowered as soon as the government reaches the expectations it has set for the agreements or within the next two years, whichever happens sooner.