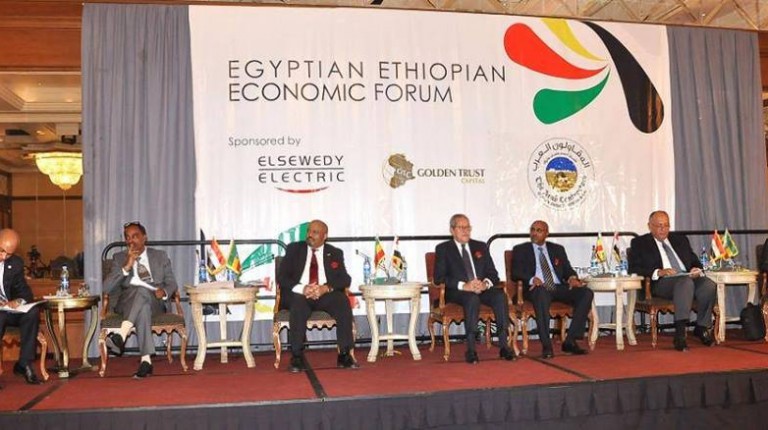 Five agreements and memorandum of understandings (MoU) were signed between Egypt and Ethiopia on Monday, encouraging diplomatic, trade and health cooperation.

A trade agreement was signed between the Minister of Industry and Foreign Trade Mounir Fakhry Abdel Nour and his Ethiopian counterpart.  One of the signed MoUs outlines diplomatic cooperation between the two countries.

The remaining MoUs were signed between the Egyptian and Ethiopian ministers of health and ministers of education.  The two countries have also agreed to cooperate on women affairs.

On Sunday, Abdel Nour said that a potential Egyptian-Ethiopian industrial zone is being studied.

The minister pointed out that the targeted trade volume between both countries is over $5bn, a relatively low figure considering the capabilities of both countries. Between 2004 and 2013, the volume of trade increased by 21%, edging up from $41m to $165m. He added that Egypt’s share of the trade is around 77.5%.