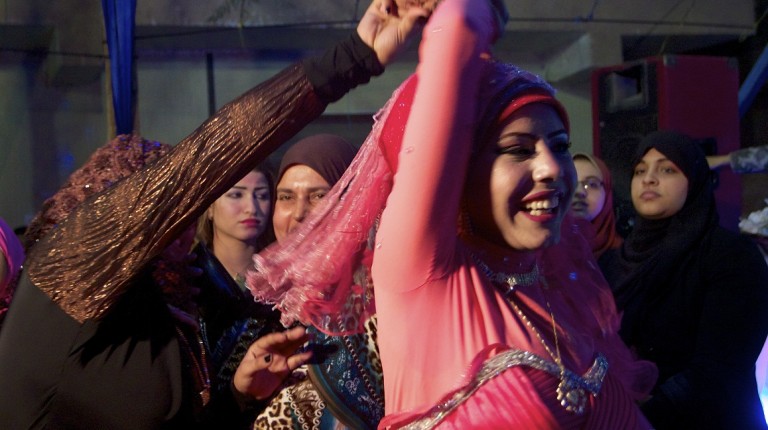 Women who choose their own husbands experience higher levels of marital satisfaction and are less likely to experience partner violence than those in arranged marriages, according to a recent study from Alliant International University in California.

Women who married because of love report lower levels of violence than those who feel like “they sold their bodies” in some arranged marriages, wrote Angie May Tan Wright, the study author and researcher in the field of psychology.

In Egypt, where a social arrangement is the default way of getting married, 28% of women reported domestic violence, according to a report by the National Council for Women, published in partnership with USAID in 2009.

Women in arranged marriages are also more likely to be ashamed of the way they met their spouse, according to the study.

“There may be several reasons a person might shame others for their marriage type – from personal negative experiences, media exposure of arranged marriages, to lack of understanding about traditions and anywhere in between,” Wright said.

Couples in arranged marriages may feel ashamed about the way they met because the social perception about such marriages is usually that they are unhappy, said Dr Michael Ryan, visiting assistant professor of Sociology at The American University in Cairo.

But the stereotypes aren’t necessarily accurate, he said.

R.N, 29, from Haram, was first introduced to her husband when she was 22. Her parents convinced her “to meet him and see how it goes”. After meeting him a few times at her parent’s home, they decided to get engaged and they were married a year later.

She describes her six-year marriage as “happy”.

“It was arranged, but I started to love him while we were still engaged,” she said. “I wanted to get married to him as soon as we could.”

N.H, 31, from Maadi, on the other hand, went to college with her husband. They were not in touch for a year after graduation, but they started talking again after they met at a reunion in a friend’s house. The couple decided to get married after four years of dating. Three years later, N.H said she thinks that arranged marriage is “suitable for some people,” but not her.

Globally, some groups of people use arranged marriage because of religious and class restrictions, where people are not allowed to marry someone from a different group, Ryan said. But, in Egypt, where the majority is Muslim, arranged marriages remain the most common type among the general population – not only among religious and social minorities.

“People get married for economic reasons, political alliance,” he said. “Love is usually the last thing – even in the west.”

A common way of getting married in Egypt is the social arrangement known as the “salon marriage” (living room marriage), where the groom and his family visit the bride’s family house to meet her after being set up by a friend or a relative. A woman usually has the right to accept or reject the marriage.

Social arrangement is a step towards being able to choose, Ryan said. He thinks the tendency toward arranged marriages in Egypt will shift over time.

Arranged marriages are less common in countries were women are more likely to hold a job and be financially independent, Ryan said. Women who feel secure to reject some traditional roles as “the second shift”, where a woman is obliged to other house work after doing her primary job in the morning, are less likely to accept an arranged marriage.

“When a woman is financially independent she feels entitled to change the predefined roles,” he said.

In Egypt, the groom is required to buy an apartment, furniture, gold as a gift to the bride and pay the mahr (dower), an amount specified in the marriage contact.

As a result, for men, the age of first marriage is close to 30 – one of the highest globally, Ryan said.

Women, however, get married by an average age of 19, according to a report published by USAID in 2005.

Many women fear being called a “spinster” if they don’t get married by a socially acceptable age, wrote Ghada Abdel Aal, a 28-year-old pharmacist, in the recently published book “Wanna be a Bride.” In the book, she discusses her experience of being set up with 10 suitors.

“Society needs to stop confining women solely to the role of bride. Because when things fall apart, they feel like worthless good-for-nothings,” wrote Abdel Aal, who describes herself as a representative for 15 million women who are pressured by the society everyday to get married even though this matter is out of their hands.

If a woman does not get married and “follow society’s grand plan”, Abdel Aal wrote, she will never be “a good-for-nothing”.