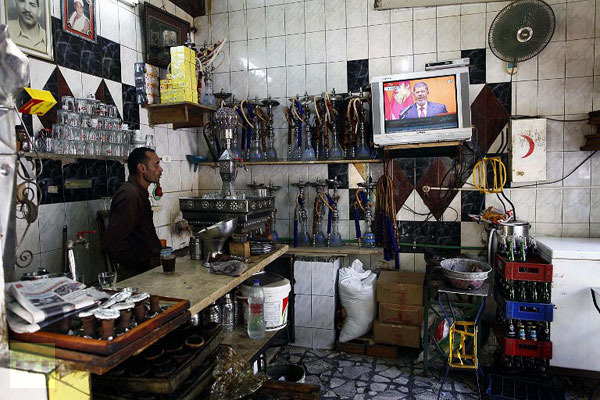 Recent media blackouts by Prosecutor General Hesham Barakat on investigations for several cases are a “violation of the people’s right to be informed on the progress” of the cases, according to the Arab Network for Human Rights Information (ANHRI).

The NGO said the media blackouts raise many questions on the seriousness of the cases.

Lawyer with the Association for Freedom of Thought and Expression Ahmed Ezzat said these orders are typically issued in cases where privacy is an issue, such as divorce and adultery. “But they are exceptions, they cannot be turned into a general rule especially with cases where there are no issues of privacy,” Ezzat said.

ANHRI denounced the decisions, which were issued by Barakat on Saturday and concern four cases, including that of former President Mohamed Morsi for allegedly collaborating with Hamas. A media blackout was also issued on the case of Deputy Director of Security Nabil Farag who was killed during a police operation in Kerdasa in September, the case of another policeman, Mohamed Mabrouk, killed outside his residence last week, and that of the shooting of a Coptic Orthodox wedding in the Giza neighbourhood of Al-Warraq in October.

All four investigations are being conducted by State Security prosecution, state-run MENA reported.

The presiding judge in the ongoing retrial of ousted President Hosni Mubarak issued a media blackout on several sessions.

ANHRI said that the judicial authority in Egypt systematically issues media blackouts to prevent the circulation of information on important cases citing that these cases are sensitive, which is “unjustified and suspicious.” “The sensitivity of these cases necessitates airing such trials live,” in order to let the people decide on how serious they are and to make sure that they are not politicised, ANHRI said.

ANHRI stressed that the judicial authority should stop issuing media blackouts especially since this procedure is both a violation of the right of citizens to the free flow of information and the conditions of a fair trial, which should be public.

MENA reported that the decision bans all news websites, broadcast and print media services whether local or foreign until investigations in the cases are completed. The only exception to the media blackouts are statements that are issued by the office of the prosecutor general. The decision came to protect the integrity and confidentiality of the investigations ahead of completing them and announcing the results.