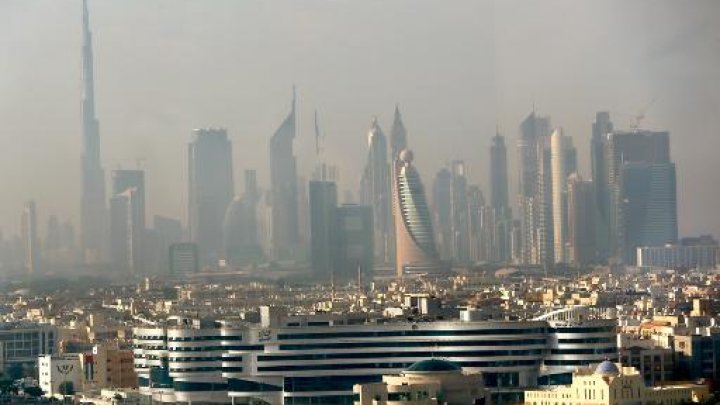 AFP – Dubai could present a “positive” image of tolerance in a region rocked by turmoil if it wins a bid to host the 2020 Universal Exposition, UAE Minister of State Reem al-Hashimy told AFP.

The glitzy Emirati city is competing with Brazil’s Sao Paulo, the Turkish city of Izmir and Ekaterinburg in Russia to host the six-month event.

Dubai hopes to attract some 25 million visitors and create nearly a quarter of a million jobs if it wins the bid.

On 27 November, the Paris-based Bureau International des Expositions will announce the host for the World Expo, held every five years since it began in London in 1851.

The expositions showcase technology, architecture and culture, while drawing visitors to host cities and generating business.

If Dubai — home to the world’s tallest tower, largest man-made island and one of the world’s busiest airports — is selected, it will be a first for an Arab country.

“No Arab country has won, no country in the African continent, Indian subcontinent or Central Asia,” has hosted the event, said Hashimy, who is also managing director of the Dubai World Expo 2020 Bid Committee.

While the Arab world has been shaken by “tremendous challenges, strife and instability,” Dubai wants to show “this part of the world does also deliver on positive and meaningful outcomes,” she said.

Hashimy said the event would be an opportunity to “promote principles such as openness and tolerance”.

The United Arab Emirates, like most of its oil-rich Gulf neighbours, has been largely spared the unrest that hit the region since the Arab Spring erupted in 2011.

The city, with its large expat population of “more than 200 nationalities,” hopes to attract “around 25 million visitors, 70% [of them] international” if it wins the bid, she said.

This is in contrast to the Shanghai Expo 2010, where 90% of visitors were from China, said Hashimy.

A sleepy Gulf port until the middle of the last century, Dubai has grown into a hub for international tourism and commerce.

In October, the emirate opened its second airport, Al-Maktoum International, touted to be the world’s largest once it is completed, with an annual capacity to handle 160 million passengers and 12 million tonnes of cargo.

Dubai’s economy was hit in 2009 by the global financial crisis, which caused its growing real estate sector to shed half its value.

But the economy of the debt-laden emirate has made a strong comeback, with trade, tourism and transport expanding while the battered property sector recently posted a significant recovery, prodded by a surge in demand as Arab investors shelter their money in Dubai away from countries affected by the Arab Spring uprisings.

Hashimy estimates the overall investment for the construction and servicing of the Expo site at about €6.5bn ($8.8bn).

The site will later be converted into a university with research centres, a convention centre and a national museum.

But most of the necessary infrastructure already exists in Dubai’s 2020 development plan, she added.

Hosting the Expo would create “227,000 jobs” over the next seven years and generate “€27bn” for the United Arab Emirates’ economy.

The minister seemed confident that, unlike Qatar, Dubai will not be the target of international criticism on conditions for its migrant workers, most of whom come from Asia.

Qatar is under pressure to improve conditions for migrant workers as it embarks on a multi-billion-dollar construction programme for the 2022 football World Cup.

“The human rights issue is something we look at extremely seriously,” said Hashimy. “We are very committed to making sure that regulations surrounding workers or employment are the best.”