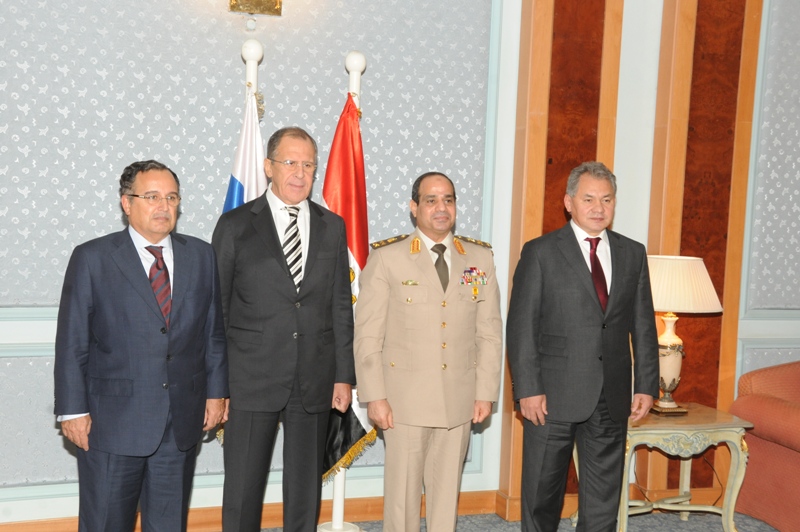 In response to a question regarding the high-level Russian delegation visit to Egypt, spokeswoman for the United States State Department stressed that the US is focused on its relationship with Egypt.

The high-level Russian delegation concluded a two-day visit on Thursday amid rumours of an arms deal. The visit was seen as poignant given Washington’s decision to suspend the delivery of military equipment pending progress on Egypt’s political roadmap.

Asked about the timing of the Russian visit, State Department Spokeswoman Jen Psaki said: “We’re focused on our bilateral relationship and where it goes moving from here. And obviously, Russia is focused on theirs.” She referred to a Thursday joint press conference given by interim Minister of Foreign Affairs Nabil Fahmy and his Russian counterpart Sergei Lavrov, saying that “they talked about the purpose of the visit and just talked about reactiviating their relationship.” Psaki said she had no “further analysis” on the visit and referred reporters to comments from the Egyptian and Russian sides.

Following the suspension in US military assistance Fahmy admitted the relationship with the US was in a“delicate” phase. He denied that Egypt is replacing the US with Russia, adding that Egypt is looking at all options available to it.

Egypt’s ambassador to the US Mohamed Tawfik said on Wednesday that in the US, there exists a “lag in perception in what is going on in Egypt and our region.”

Speaking at the United States Institute of Peace, Tawfik stressed that both Egypt and the US have acknowledged the “basic interests between the US and Egypt,” adding that there is “a solid basis to work on.” Tawfik stressed the importance of protecting these interests as a way to strengthen relations in the future.

Both the US and Egyptian sides have stressed that they will continue to work together, which was one of the main messages conveyed during Secretary of State John Kerry’s recent visit to Cairo. Kerry announced that the US had accepted an invitation to enter into a strategic dialogue with Egypt.