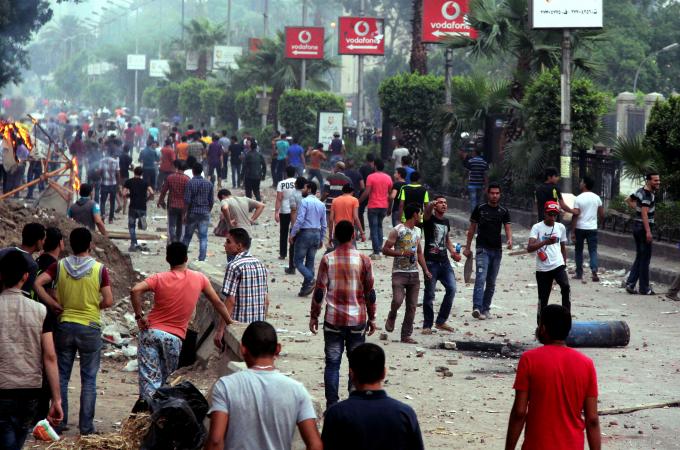 One person died and about 17 were injured after clashes broke out between protesters and local residents on Wednesday night.

Ahmed Awri, a lawyer based in Ismailiya, said there were about 1000-2000 people involved in the protests, whose anti-army and anti-Sisi chants led to the fighting. After the person was killed, four shops were set on fire, Awri added.

Awri said, “The Muslim Brotherhood aren’t able to restrain themselves, so they started fighting, and in response the people responded.” He said the clashes began before sundown, and lasted until 8 or 9pm.

Awri said the killer has confessed and is currently being investigated.

Al-Dostour Party member Mahmoud El-Meligui in Menufiya said that 3 people were injured after two rallies in separate areas led to fights. El-Meligui said in Sadat, about 1500 people were involved in the fighting, while the clashes in Ashmoon were around 400 people, and one person was seriously injured and hospitalised. The police dispersed the clashes, he said.

Al-Dostour Party member and Al-Haram resident Ashraf Rayan said that a pro-Morsi march consisting of about 1000-2000 people led to a few skirmishes around 11pm on Wednesday. Rayan added that the skirmishes were between the protesters and the local storeowners in Al-Mahawalat, but they were minor and no one was seriously injured.

State-run Al-Ahram reported that four were injured after violence between pro-Morsi demonstrators and army supporters in Mansoura on Wednesday night, which stopped after the police intervened.