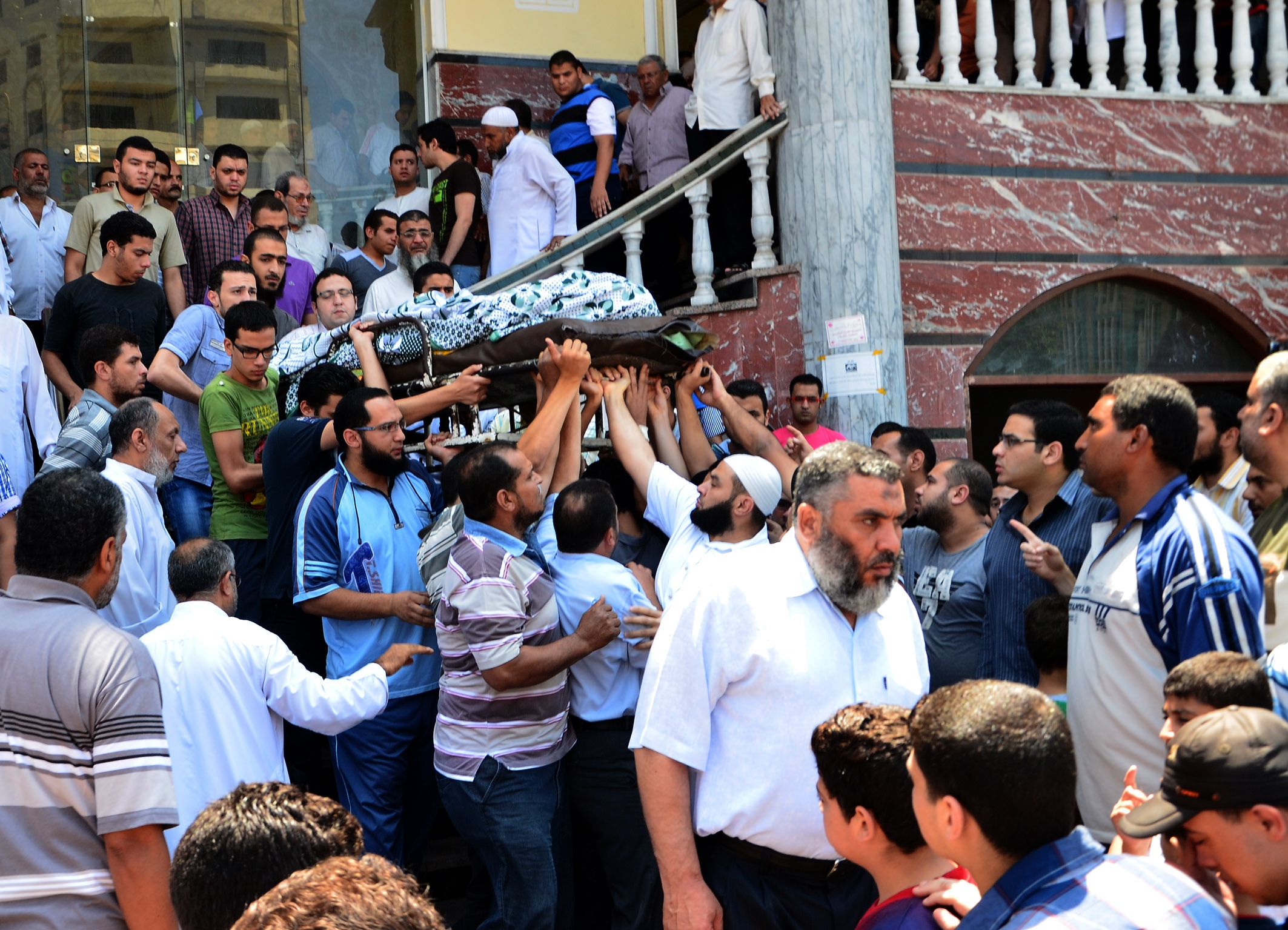 Several parties and factions have expressed their condemnation of attacks in Mansoura on Friday in which three women were killed, organising marches and releasing statements over the weekend.

The three victims were marching in Mansoura on Friday in support of ousted president Mohamed Morsi, when the rally was reportedly attacked by “thugs”.

The Women Against the Coup movement organised a march from Al-Nour Mosque in Abbaseya to the Ministry of Defence Headquarters on Sunday afternoon following noon prayers. The same group also issued a statement consoling the victims’ families on Saturday, in which they held the leading officials of the Egyptian army and Colonel General Abdul Fatah Al-Sisi “responsible for their deaths”.

The feminist organisation Fouada Watch also issued a statement on Sunday deploring the violence in Mansoura and asking government officials to” take responsibility, protect the citizens,” and put an end to violent attacks.

On the same day the Al-Tayar Al-Sha’aby issued a statement on their official Facebook page consoling the victims of violence and “terror “all over Egypt; they asked security officials to quickly investigate and punish those responsible for the “death of three innocent women. “

Al- Nour Party said the attacks were a “mark of shame on a government that claims to be protecting the rights and freedoms of all its citizens.” Al-Nour Party ordered the arrest of all involved in the attacks and asked security officials to protect all peaceful protesters.

Al- Wassat Party also issued a statement expressing its sorrow over what they described as a “massacre” of the three women.

Following the ouster of Morsi, many of his supporters have organised protests demanding his return, which have sometimes been met with violence.