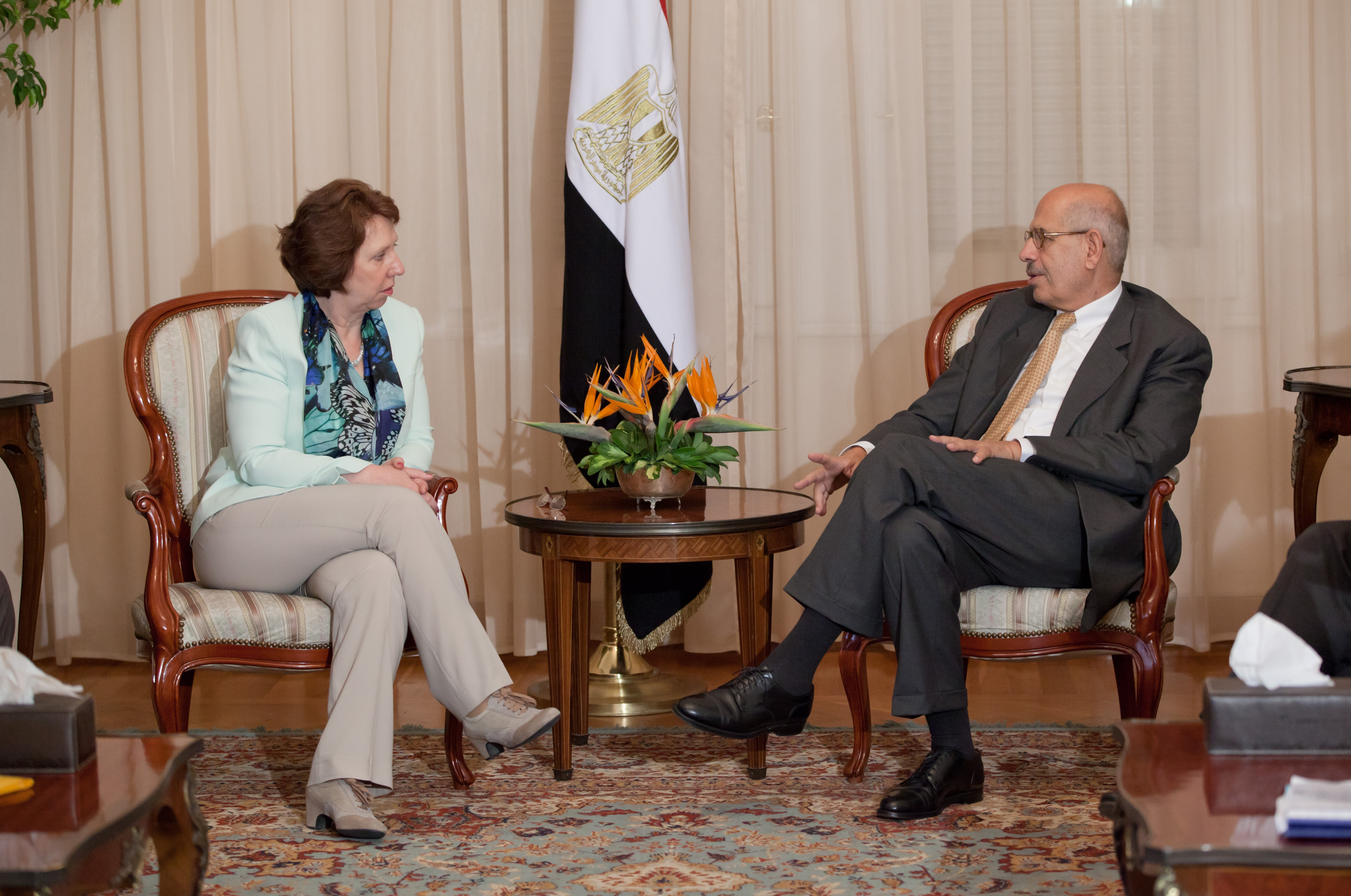 Badr Abdel Atty, foreign ministry spokesman, said that Ashton is meeting with Fahmy to discuss Egypt’s internal developments after the formation of the new cabinet as well as “the roadmap on Egypt’s future.”

Ashton previously released a statement in which she asked the military to respect the constitutional authority of the civilian community, and the importance of holding democratic elections as soon as possible.

The statement added that the EU is ready to work with the interim government as long as they uphold a democratic constitutional system.

Meanwhile, a high-level commission from the Francophone Organisation, headed by Guillaume Kigbafori Soro, former prime minister of the Ivory Coast and current president of Ivorian National Council,  is visiting Egyptian officials from 16 until 20 July, announced an official statement of the Egyptian Foreign Ministry.

Egyptian officials are expected to confirm to the commission the implementation of the roadmap, which will follow the timetable mentioned in the constitutional declaration; a referendum on constitutional amendments will be followed by parliamentary elections, then presidential elections.