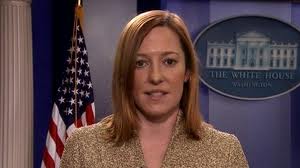 The UK warned that politicised arrest warrants will not help the Egyptian transition and the US announced “we want a strong Egypt,” in statements on Monday.

“While we understand the need to maintain security, Egypt’s pressing needs can only be met by pursuing a genuinely inclusive political process that involves all sides rising above self-interest and shunning violence to deliver the reform and democratic transfer the Egyptian people deserve, ” he said, commenting on reports that further arrest warrants had been issued.

He urged all parties in Egypt to work together to bring about elections that can be “contested freely by all sides.”

He also stressed the need for authorities to “fully respect the rule of law’ and that they commit to their promises to guarantee a “media free from state interference.”

“Arrests that are seen to be politicised cannot help build an inclusive process,” stated Burt.

He also underlined the importance of dialogue, inclusiveness and non-violence in order to build “a strong Egypt”. He also said that the US has called on the military “to avoid any politically motivated arrest.”

“The difficult economic choices can only be made by Egyptians, but there’s support that the United States has provided over the years that we look forward to continuing to provide and that some of Egypt’s friends in the region are providing now”, he said.

He said that the US “will do everything it can” to provide not only “equal political opportunities for people” but “equal economic opportunities” as well.

In a press conference that followed his meetings, reporters asked State Department spokeswoman Jen Psaki about the US reaction to Russia’s announcement that it was ready to provide Egypt with assistance, to which she said: “The assistance Egypt is receiving from several regional friends will help provide it some space. But this is a short-term solution.”

She added: “Egypt needs to put in place…reforms to lead to a vibrant economic path longer-term.”

Psaki was unable to offer new information regarding Senators John McCain and Lindsey Graham’s proposal to maintain portions of military aid, stating that Secretary of State John Kerry is in touch with members of Congress, but the issue is still being reviewed and there are no updates.

Regarding the absence of Brotherhood figures in the Secretary’s meetings, Psaki said: “We’re still in close contact with them. [Burns] has not had a meeting with them.”

She stressed, as Burns did, the importance of ‘inclusiveness’ in the process Egypt is undergoing and the rejection of political polarisation and violence. She also emphasised that the US is not siding with any political force.

“Burns made some opening remarks where he said only Egyptians can determine their future, he didn’t come with American solutions, nor did he come to lecture anyone, and he reiterated the fact that we know that Egyptians must forge their own path to democracy.”

She added that despite the US concerns about the developments of the past two weeks, the US believes that the transition is ”another opportunity, following the January 25th revolution, to create a democratic state that protects human rights and the rule of law and that enables economic prosperity among all of its citizens.”